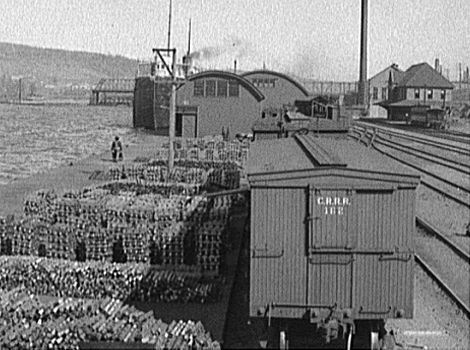 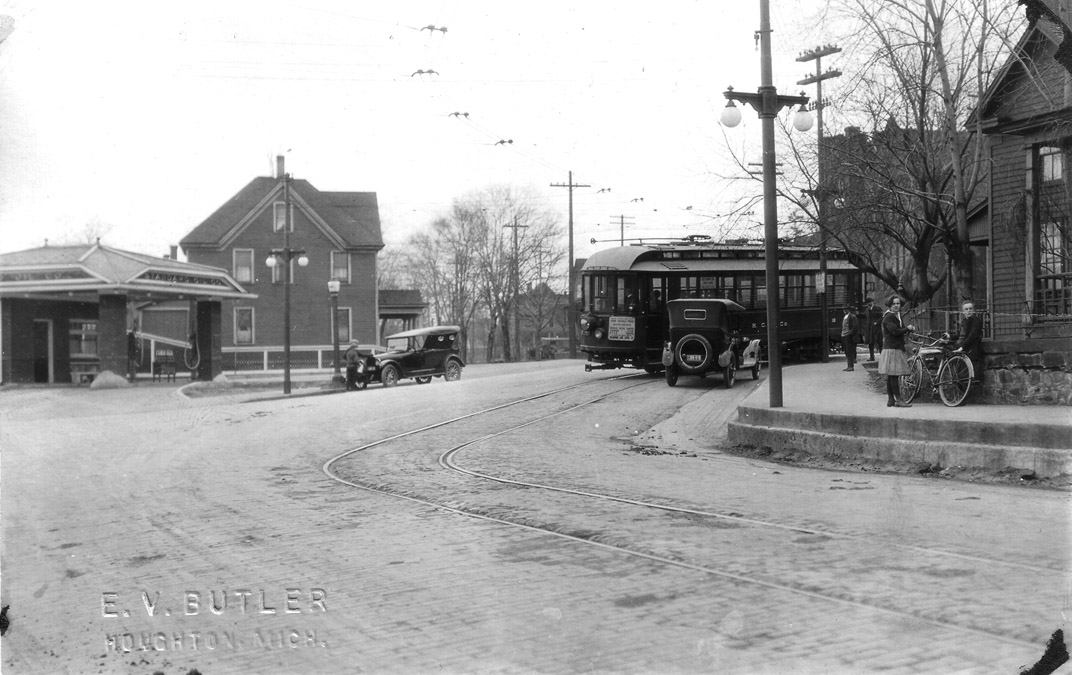 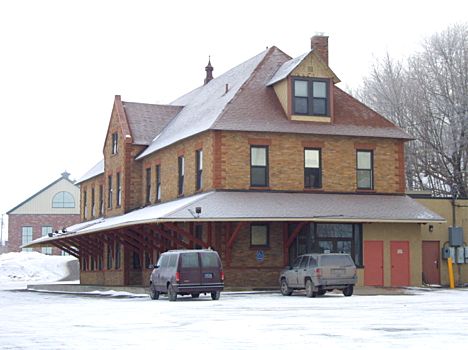 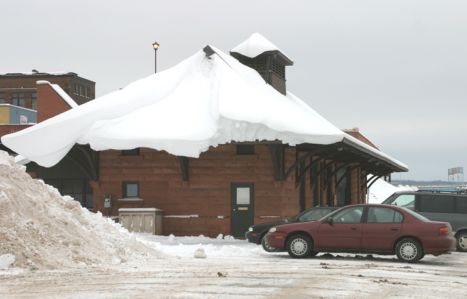 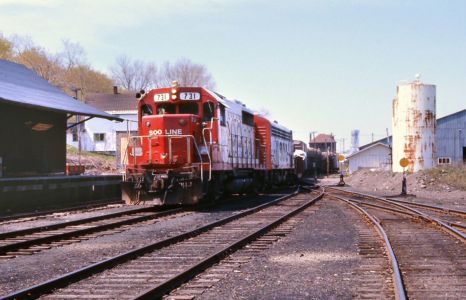 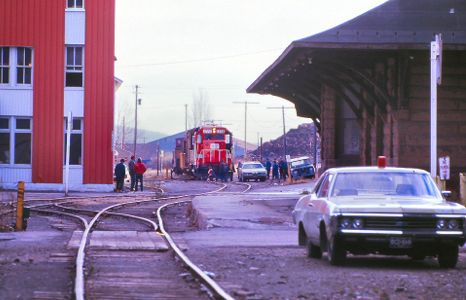 Houghton was settled about 1852 on the south side of Portage Lake in Houghton County. The city is the county seat. Houghton became a village in 1867. [MPN]

Photo Info/Credit: Top, the docks at Houghton. The bars on the left are copper which are being loaded into the Copper Range box car at the right. Note the freighter at port, as well as the bridge in the year of the photo. This 1910 photo is marked as being at Houghton but it may have been taken at Hancock.  It is also difficult to tell the status of the bridge behind. It is simply open, or is it under construction? [Library of Congress collection].  2nd photo, the Houghton County Transit Company makes the turn on to Sheldon Avenue in Houghton in the mid-1920's. [Mark Worrall collection]. 3rd photo, the Copper Range depot at Houghton in 2003. [Dale Berry]. 4th photo, the Mineral Range (DSSA) depot at Houghton in 2004. [Dale Berry]. 5th photo, Soo Liner 1776, a GP-35, at Houghton in 1975. 6th photo, Soo Line 723 at Houghton in the mid-1970's. {5th & 6th photos Rob Kitchen]

The Copper Range Houghton station was built in 1899 on Memorial Avenue. This was an imposing two-story brick building with Jacobsville sandstone used on the corners and over the windows for decoration. The station is 30' wide and 100' long and has a hipped room with wide overhanding eaves supported by wooden brackets. [UPM]

The DSS&A Houghton Station was built in 1890 at Lake and Huron Streets. The station is a rectangular building measuring 18' by 90' with walls of coursed finished sandstone masonry with a hipped room and wide overhanding eaves supported by wooden brackets. [UPM]

The Copper Range Ry. locomotive repair shops were constructed in 1899 at as the railroad was being completed. The roundhouse originally had 15 stalls and was a brick building with an inside circumference of 100' and an outside circumference of 300' with the stalls 60' deep. Attached to the roundhouse was a rectangular brick machine shop which was 60' wide and 110' long. There were also two adjoining rectangular buildings 20' by 100' and 30' by 60'. These were likely for repairing rolling stock other than locomotives. [UPM]

Photo Credit: Below, the Copper Range Railroad roundhouse in Houghton in 1900 from a Sanborn Insurance map drawing.. [LOC] 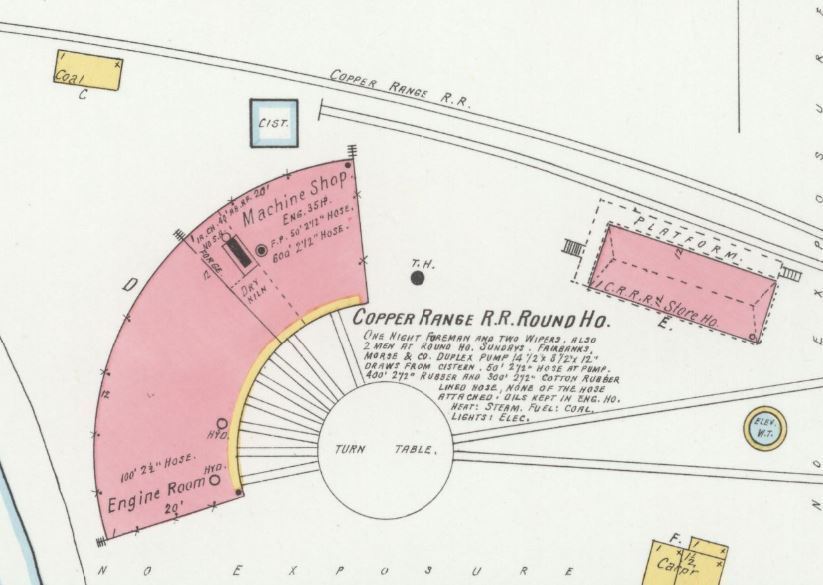