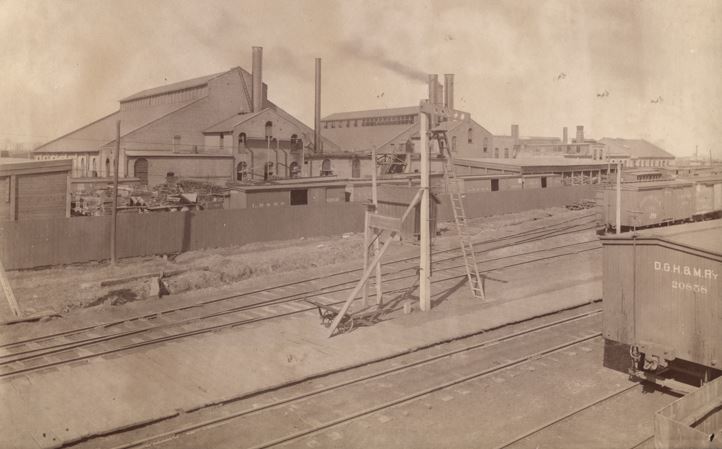 Before Michigan became the automobile capital of the world in the early 20th century, the state was known as a different type of car builder --- railroad cars.

Early in the history, railroad companies often built their own cars because there were no other options.  But then a separate industry began to form in the 1850's as capital flowed into railroads and transportation needs exploded.

In Michigan, there was a particular need for flat cars for logging, and beginning in the 1860's a need for ore cars.  Many of these were built in Detroit.  Other large industrial suppliers started up to supply the railroad car industry with the parts they needed, such as iron/steel wheels and springs.

Michigan was also an ideal location for industrial rail car works because of their close proximity to the iron ore range near Marquette.

Few people are aware that the famous Pullman Company actually got its start in Detroit, before moving to Pullman (Chicago), Illinois.

Click on the links at the left to look at the car manufacturing facilities in and near Michigan.