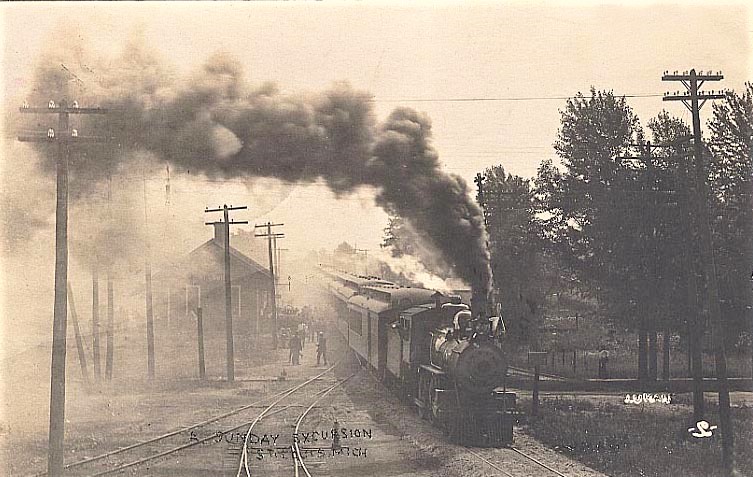 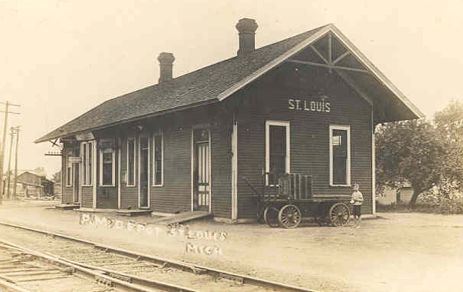 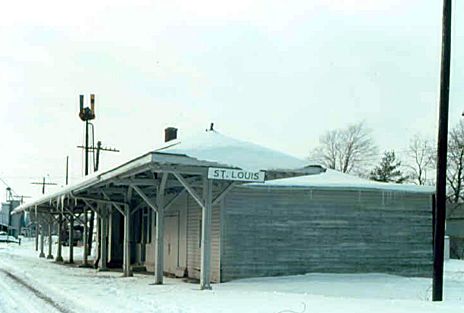 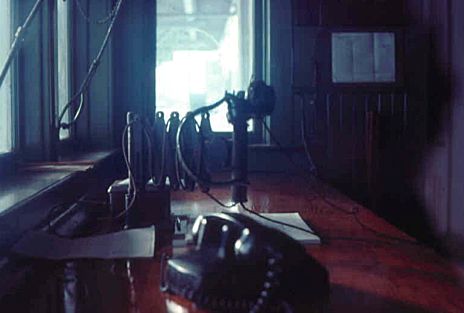 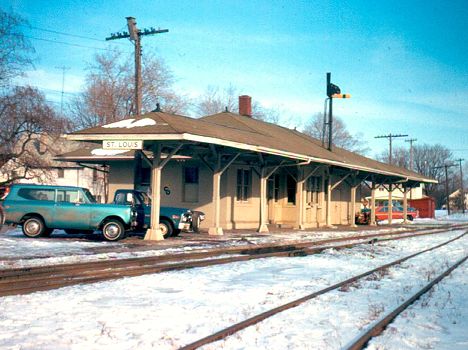 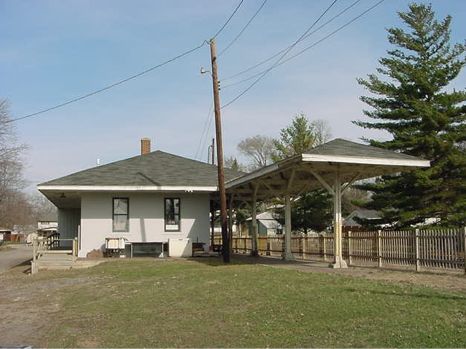 St. Louis, in Gratiot County, was settled about 1853 along the Pine River in Gratiot County. A sawmill was located here. The village was platted in 1855 and called Pine River. It was changed to St. Louis in 1859. It was incorporated as a village in 1868. The towns of Pine River and St. Louis were consolidated in 1891 and they became a city in the same year.  The current depot built in 1923 as a combination station (passenger and freight sections).