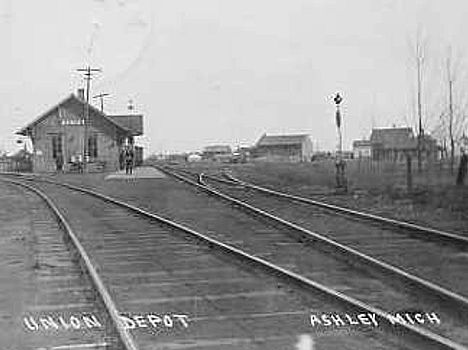 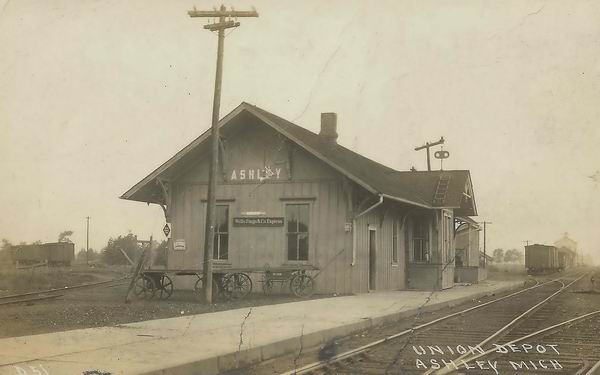 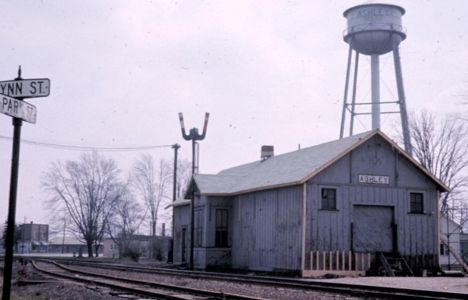 Ashley, in Gratiot County, was settled around 1883 and became a village in 1887. The town was named after the President of the Toledo, Ann Arbor and Northern railroad. [MPN]

Photo Info/Credit: Top, Union Station at Ashley. This depot served both the Ann Arbor and GTW railroads. [Alan Loftis collection], 2nd photo another photo of the depot.  3rd photo, the Ashley depot in 1972 with a new roof. [Charles Geletzke Jr.]