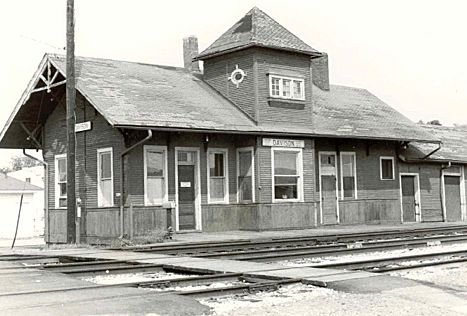 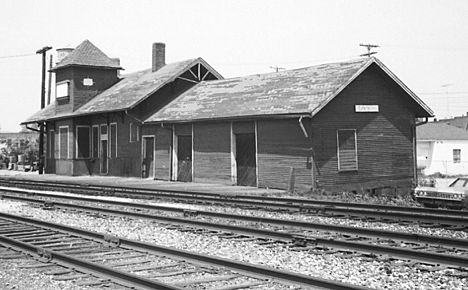 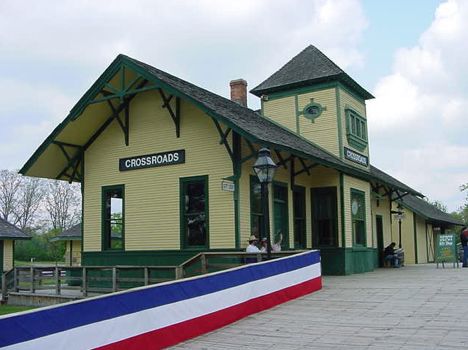 Davison, in eastern Genesee County, was founded as Davison Centre in 1850, and renamed Davison in 1864. It became a village in 1889.

Photo info/credit: Top, the station sign at the GTW Davison depot. 2nd photo, the depot as photographed in 1974. The building was moved and is now located at the nearby Huckleberry Railroad. [Charlie Whipp] 3rd photo, The depot at trackside in the 1970's. [Jim Slater]. 4th photo, the Davison depot in 2003 at Crossroads Village. [Alan Loftis]