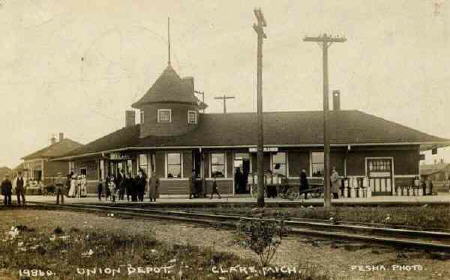 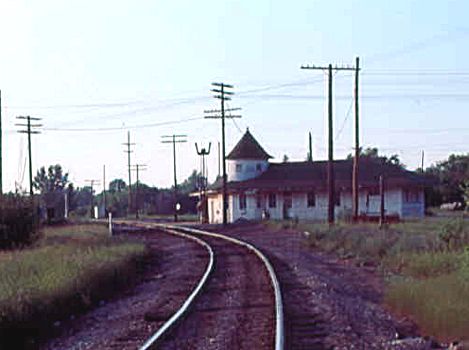 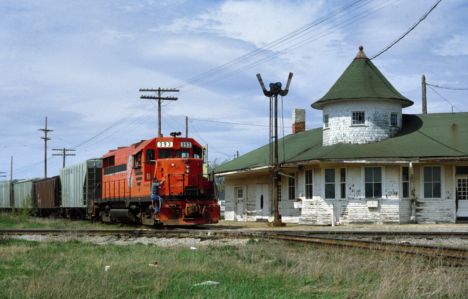 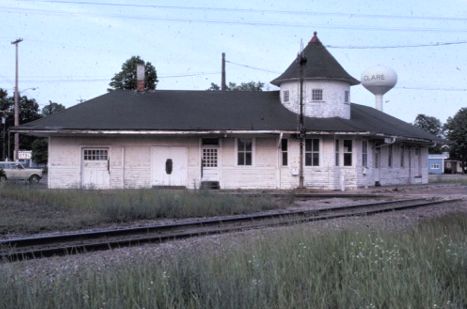 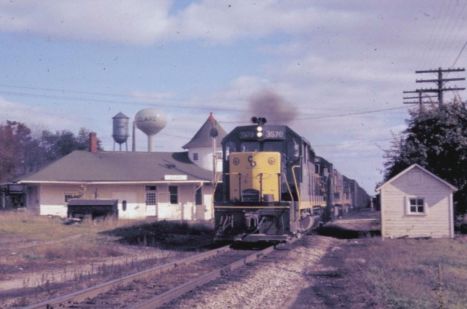 With a direct connection from the abundant forests to logging centers in Ludington and Saginaw, the Pere Marquette had significant freight loadings of forest products when it arrived in the area and for the next 40 years. The Ann Arbor railroad came through in 1888.

1892. November 1. A. B. Clapper, clerk in the F& PM freight office at Clare, was robbed and assaulted. He was alone in the office after 9 o'clock when three robbers attacked him, throwing him violently to the ground and demanding that he open the safe. Upon his informing them that the safe was unlocked and that there was no money or express packages of any value in it, the miscreants became so exasperated, having expected to find a package of money sent from Saginaw that they tied him hand and foot, placed a handkerchief soaked with chloroform over this mouth, after which they pounded him unmercifully,l and judging by his clothing, which was cut to pieces, evidently using a knife. After taking $8 of his money and going through the safe and drawers, the villains poured a can of oil upon a quantity of dry wood and doubtless intended to fire the building, but were frightened away. Clapper extricated himself and gave an alarm, but the robbers had fled. [DFP-1892-1102]