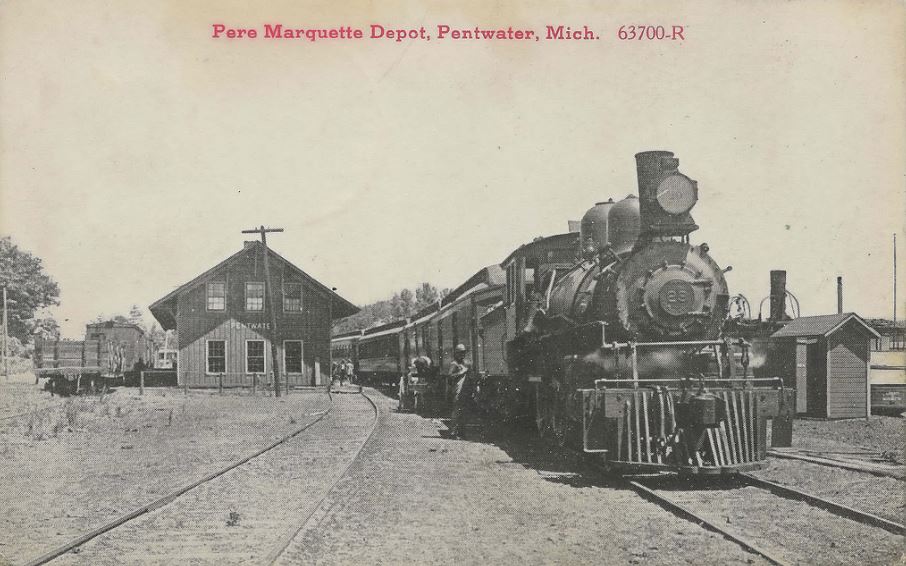 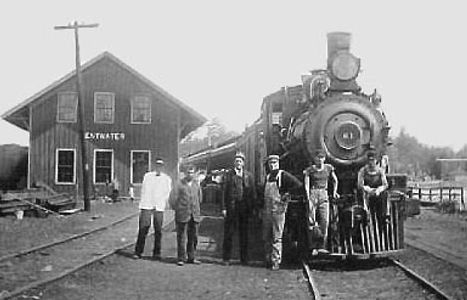 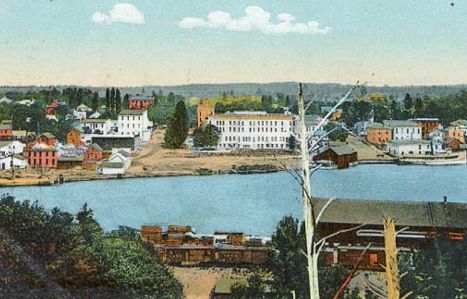 Pentwater was settled about 1849 and a saw mill was established here about 1853. The town was called Middlesex and then Pent Water. It became a village in 1867 and was renamed Pentwater in 1894. [MPN]

Pentwater was the northern terminus of the Pere Marquette branch line which came north from Muskegon via Shelby.

Photo Info: Top, Pere Marquette locomotive 23 pulling a passenger trains is ready to embark the Pentwater Depot in the early 1900's. 2nd photo, the Pere Marquette passenger train crew poses for a photograph in front of the Pentwater depot. [Alan Loftis collection]. 3rd photo, a postcard view of downtown Pentwater. The PM depot is in the foreground along with lumber stacked on the edge of the river. [Alan Loftis collection]