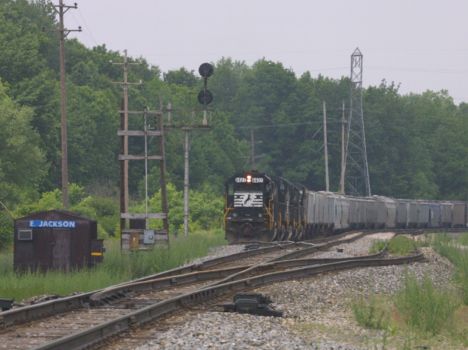 East Yard was a location in Jackson County on the east entrance to the New York Central yards. It is located just west of Falahee Road. This location was ultimately controlled by the dispatcher. Later when the line downgraded to single track, this was the start of double track through downtown Jackson. The location was also known as East Jackson. In the earlier days, the NYC had a telegraph operation in a shanty that controlled trains entering and leaving the Jackson Terminal.