The Escanaba Traction Company was organized in 1909 to operate existing traction lines from Escanaba north, reaching Gladstone in 1911. This line was abandoned in 1932. MRL] 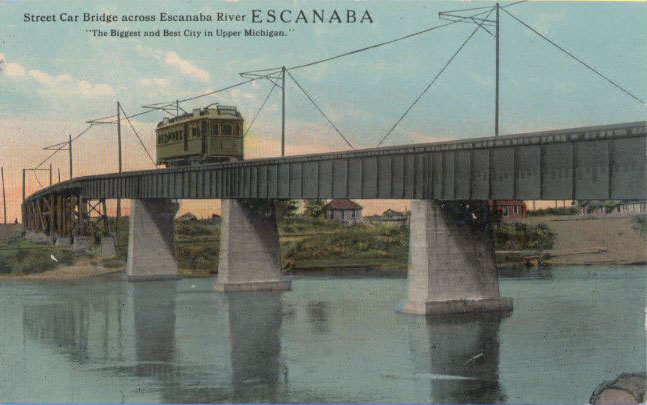 This was an electric railroad which was initially built from Escanaba to Wells. Horses were kept available as standby power in the early days before electric power ad reached a dependable status.

In 1911, a branch of nine miles was built from Wells to Gladstone with a trestle over the Escanaba River.

The greatest source of revenue from the Gladstone line was bringing workers to a chemical extract plant.

The company had lost most of its traffic to automobiles. When the franchise expires in 1932, the company closed operations.