From the September 18, 1858 Edition of the Detroit Free Press 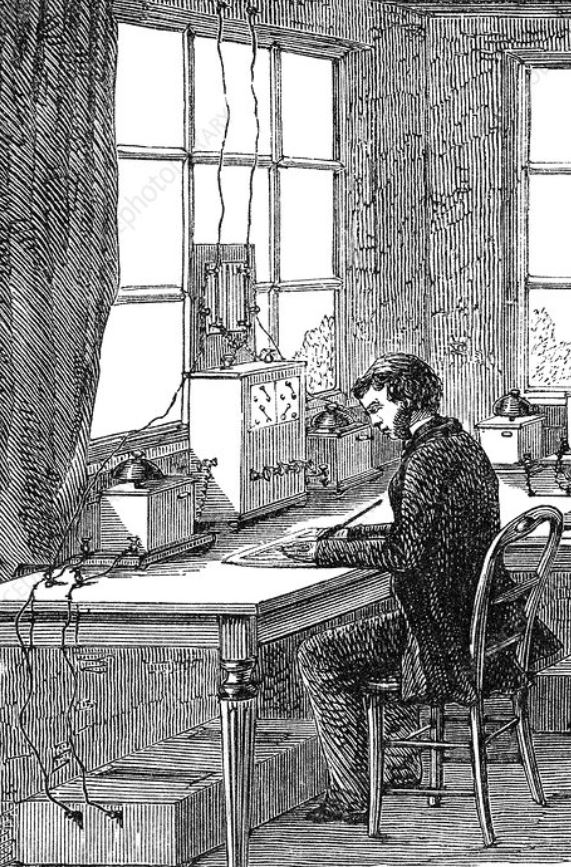 The admirable working of railroad telegraphs, as illustrated by the experience of the Michigan Central and Great Western Railroads, decided the (Detroit and) Milwaukee Road to adopt the same systems. They have therefore now in operation a telegraph line along the route of their road, which is completed to Grand Rapids, and will reach the eastern short of Lake Michigan with all dispatch. This line is for the use of the road expressly, but will be open to the public until such time as a second wire can be put up for the benefit of the Western Union Telegraph Company.

The benefits of the railroad telegraph as such, that, when properly appreciated and made available, they dispense entirely with the necessity for a double track even on our most liberally patronized roads. There are stations at every stopping place, where operators attend the instruments through the whole twenty-four hours. As soon as a train leaves either terminus of the road, it comes under the supervision of the telegraph and its every movement is noted. Consequently, if it gets behind time, other trains are notified, and warned.

In case of stoppage by snow or other causes the trains are forwarded by the telegraph from one station to another, without any reference to the time card, the conductors being informed at each station whether they will meet another train before reaching another station.

In fact, in case of such a disarrangement by accident the time card is thrown up entirely; the telegraphic superintendent puts his finger upon every train at that time in motion upon the road, and, by communication with his subordinate operators, forwards them safety through, both ways, continuing at his post until every train is again upon its regular running time. The result is that such a thing as a collision has been unknown since the introduction of the railroad telegraph.

The Michigan Central Railroad, having fully tested its advantages, immediately abandoned the project of building a second road, that had been decided upon and commenced.,