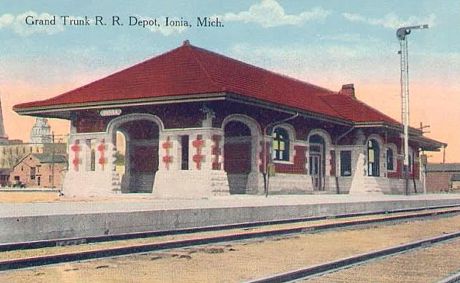 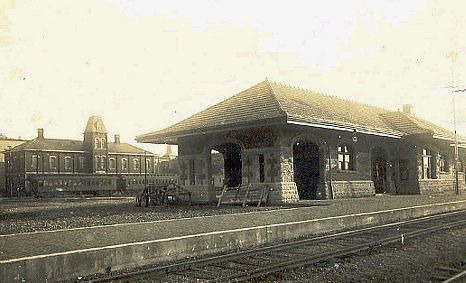 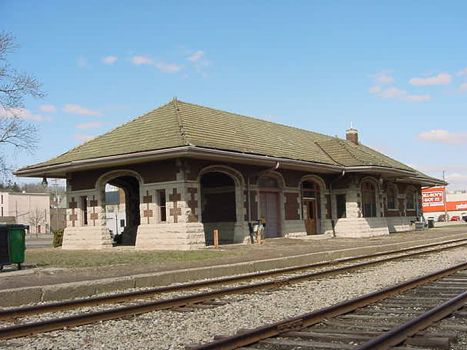 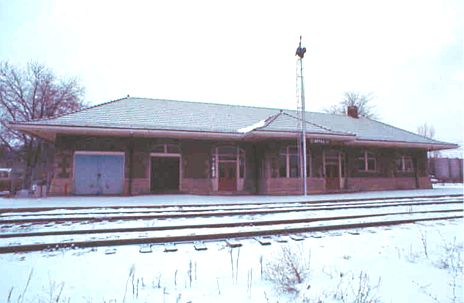 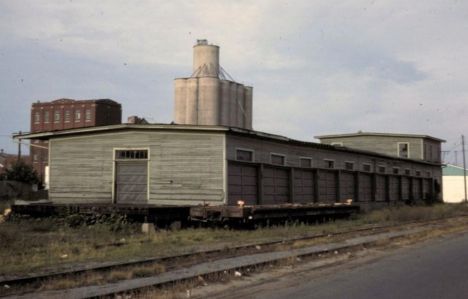 Ionia was established about 1831. It became the county seat of Ionia County. The village was incorporated in 1865 and it became a city in 1873. [MPN]

Ionia was a crossing of two railroads, the Pere Marquette line from Grand Ledge to Howard City and the east-west Grand Trunk Western from Owosso to Grand Rapids.

The Pere Marquette line through town was originally their main route from Detroit northwest, until a new line was created from Grand Ledge to Grand Rapids. The PM had a very large, ornate depot here.

The PM and GTW crossed here with the crossing protected by a derail (on the PM) and a target with switch lamp.

Photo Info/Credit: Top, An early postcard view of the GTW depot in Ionia. 2nd, A photo the the same depot with the larger Pere Marquette depot in the background. Note the PM train at their station. [Alan Loftis collection]. 3rd photo, a more recent photo of the GTW depot. [Alan Loftis] 4th photo, the same depot photographed in 1975. [Charlie Whipp]. 5th photo, the PM freight house in Ionia in 1976. [Charles Geletzke Jr.].

1905 improvements: The PM builds a ice house at Ionia to replace one that was destroyed by fire. [PMAR-1905]

The Pere Marquette in Ionia had a 60' hand operated turntable, still in place as of 1942.