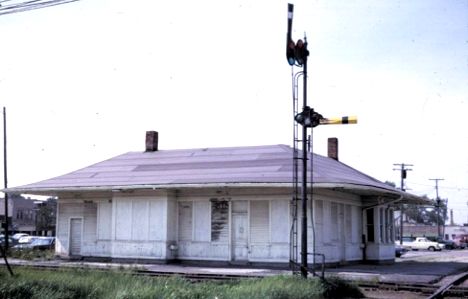 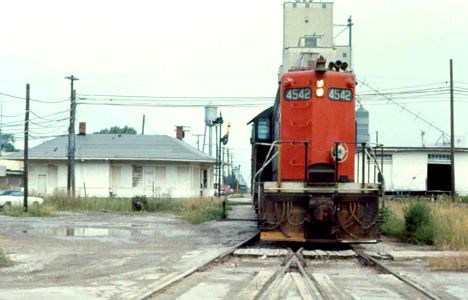 Pigeon is a town in western Huron County which was settled about 1888. It is 13 miles west of Bad Axe. It was the crossing of the north/south Pontiac, Oxford & Northern (later GTW) and the east/west Pere Marquette. Both railroads used the same depot, making it a "union" station. Note that the depot had agent/operator windows on both sides. The town became a village in 1902.