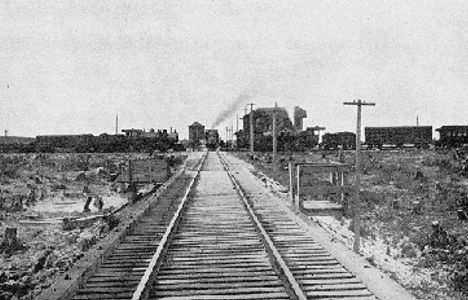 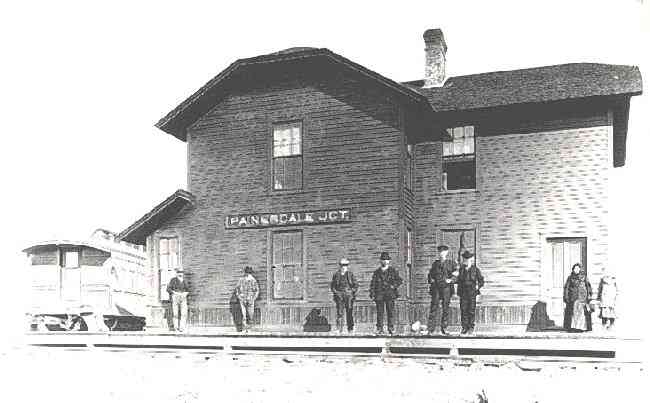 Photo Info/Credit: Top, an early photo of Mill Mine Jct showing the interlocking tower and depot. [CopperRange.org], below, the Copper Range depot at Painesdale Junction, also known as Mill Mine Junction

November 19, 1913. Telephone wires cut by strikers. The wires of the Copper Range railroad and the Western Union telegraph wires were cut at Ricedale and between Mill Mine Junction and South Range. In consequence, train service was delayed several hours. [DFP-1913-1119]

1931. There was a large indoor coal storage facility at this location for serving mines in the area. The building was constructed in 1916.