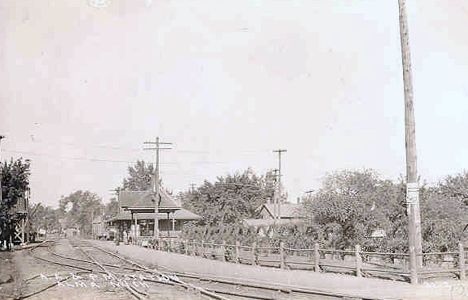 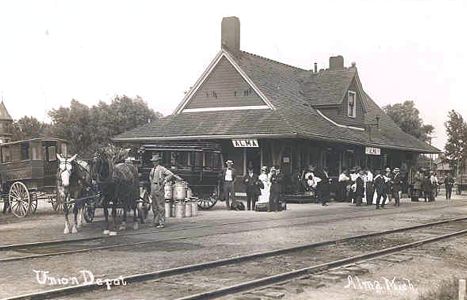 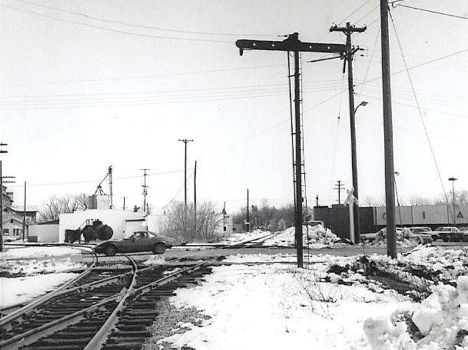 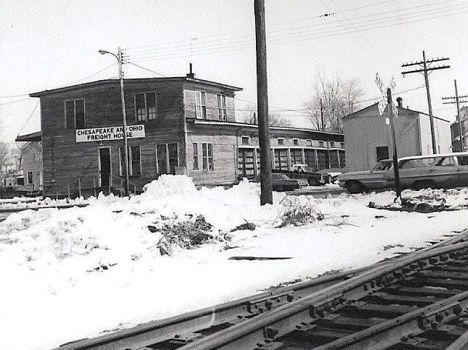 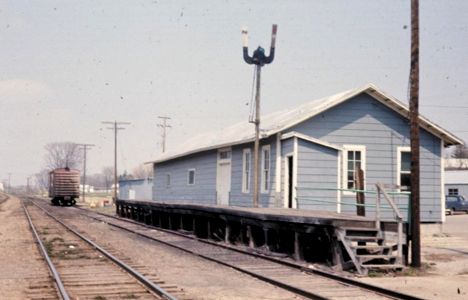 Alma was the crossing of the Pere Marquette and Ann Arbor railroads. This crossing, which can be viewed in the top photograph near the depot, was not interlocked. It was protected by a target signal, shown in the 3rd photo. In 1945, the station was staffed during the day shift only. There was one AA passenger train daily (#51 westbound at 1:18 p.m. and #52 eastbound at 12:06 p.m.).

The Pere Marquette also had one train each way daily except Sunday through Alma. This was on their 2nd subdivision between Elmdale and Saginaw. The westbound train was #31 arriving at Alma at 3:45 p.m. and the eastbound was train #32, passing Alma at 11:54 a.m.