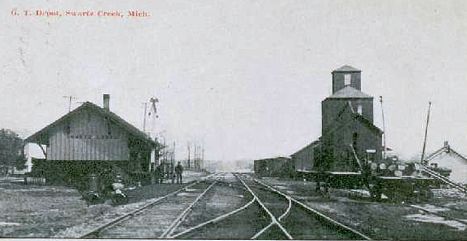 Swartz Creek was located on the Grand Trunk Western (later CN) line between Flint and Lansing, about 10 miles west of downtown Flint.

1918. The Grand Trunk had an operator here around the clock. [TRT]