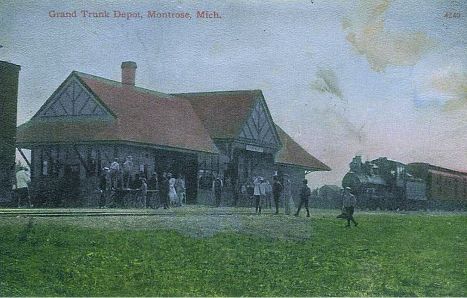 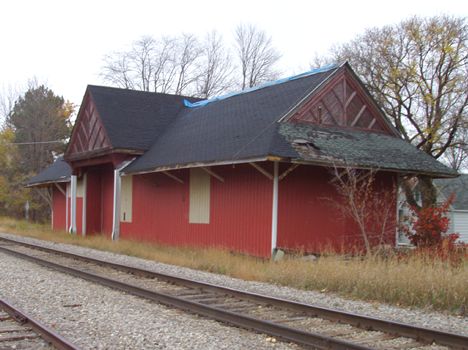 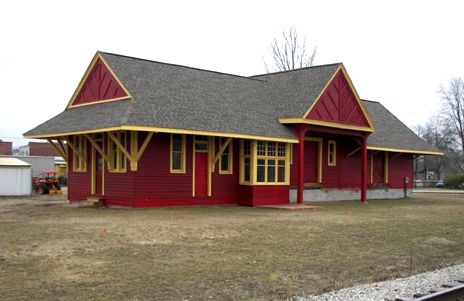 Montrose was located on the Grand Trunk Western (now Huron & Eastern) branch from Durand to Saginaw and Bay City. The town is about 8 miles north of Flushing.

Photo info/credit: Top, a postcard view of a train arriving at the GTW depot in Montrose. [Alan Loftis collection]. 2nd and 3rd photos, the depot in 2003 and later in 2004 after it was moved away from the track and restored. [Alan Loftis]