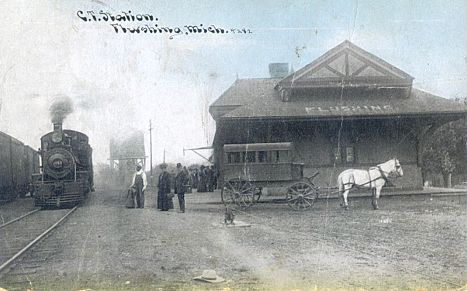 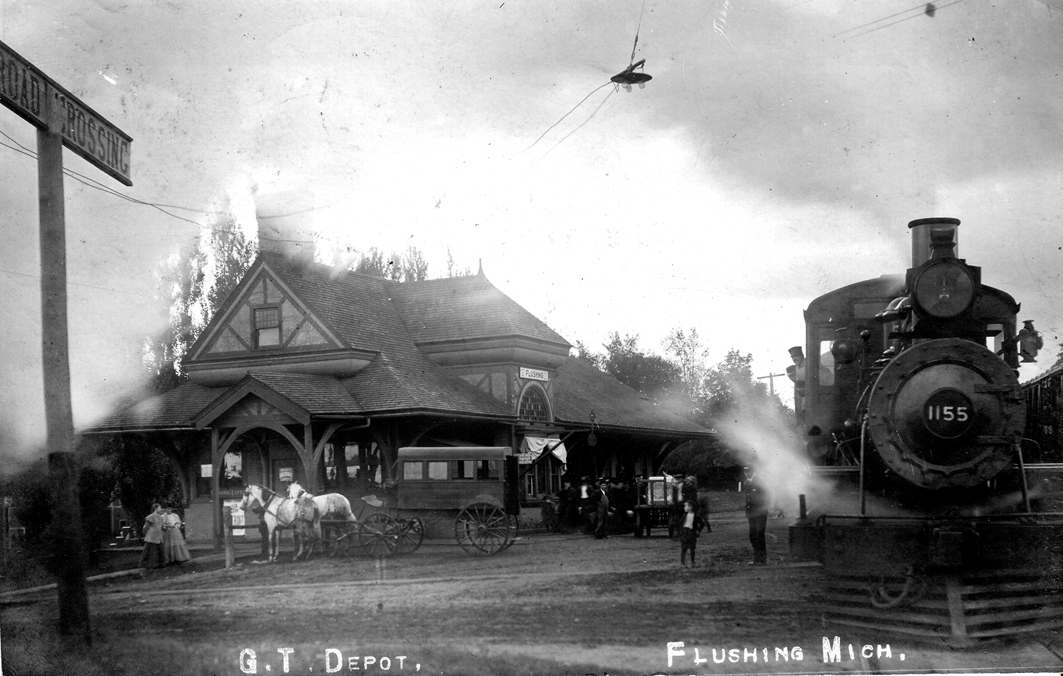 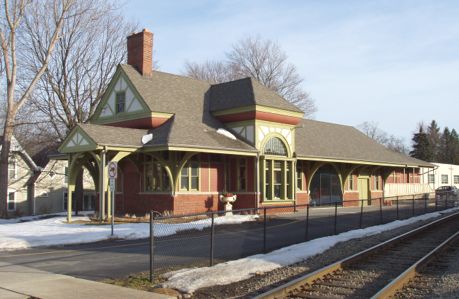 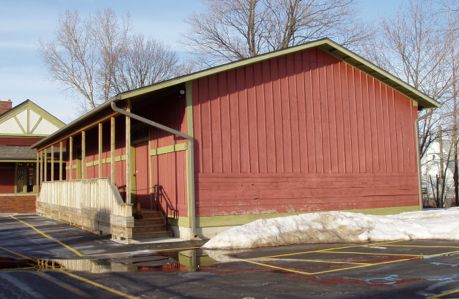 Flushing was settled around 1835 when a sawmill was established here. It became a village in 1877.

Flushing is located about 10 miles northwest of downtown Flint in Genesee County, and was located on the Grand Trunk Western's branch from Durand to Saginaw and Bay City.

Photo info/credit: Top, the GTW depot at Flushing. A local livery service is waiting to take passengers to a local hotel or rooming house. The water tower for locomotives is in the background. [Alan Loftis collection] 2nd photo, a passenger train pulled by the 1155, loads up at the Flushing Depot in 1908. [Mark Worrall Collection]. 3rd photo, a 2004 photo of the renovated, former depot. [Alan Loftis], 4th photo, a 2004 photo of the former GTW freight house at Flushing. [Alan Loftis]. 5th photo, a steam excursion passenger extra train at Flushing, pulled by the 5629 in 1959. [Charles Geletzke Jr.]

1918. The Grand Trunk had an agent and an operator here during the day. [TRT] 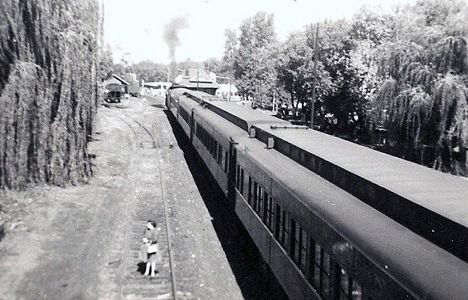