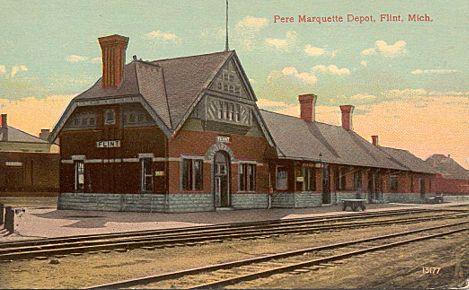 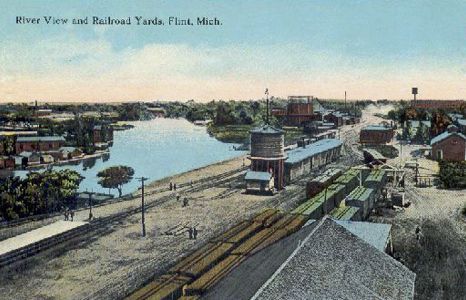 The Pere Marquette located their passenger station in downtown Flint, on their original line along the river.

1868 improvements. A new turntable and an addition to the engine house 76x36' for a rail-repairing shop in which is a steam pump with pipes and tanks attached for water works. Total cost of building and turntable, with tools and improvements was $3,530. Also installed was a new track scale and building for weighing cars and lumber. Building was 18x34' and scale platform is 12x32'. [F&PM-1868]