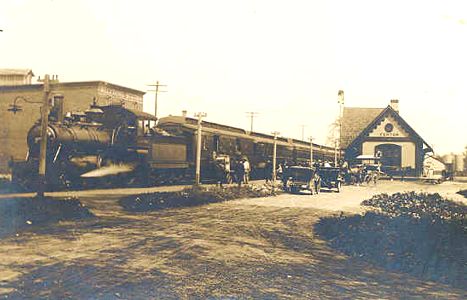 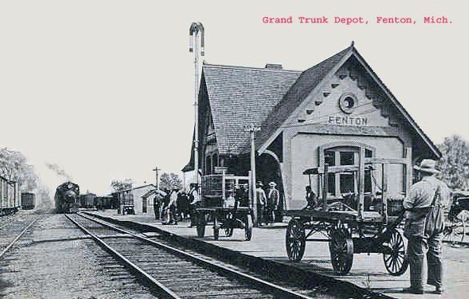 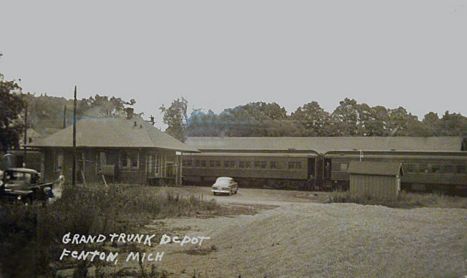 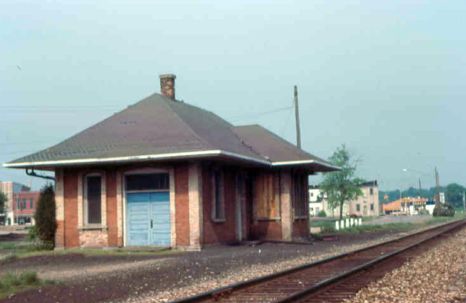 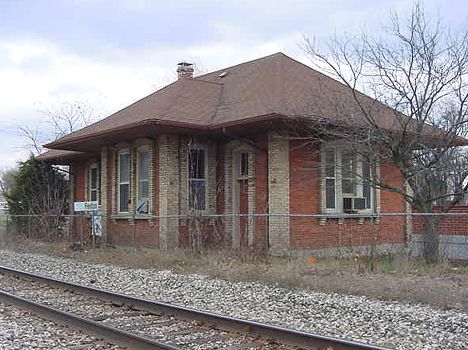 Fenton was settled in 1834 and called Dibbleville. The name was changed to Fentonville in 1837 and Fenton in 1886. It became a village in Genesee County in 1863.

Fenton was located on the Detroit and Milwaukee railroad line (later GTW) from Detroit to Grand Rapids, just west of Holly.

1917. The GTW had an operator and station agent here on the day shift. [TRT]