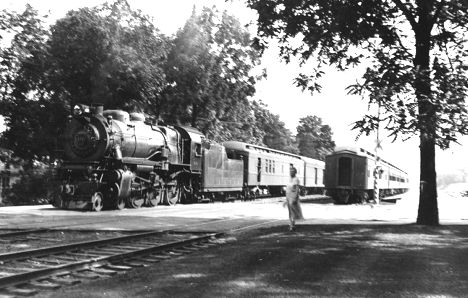 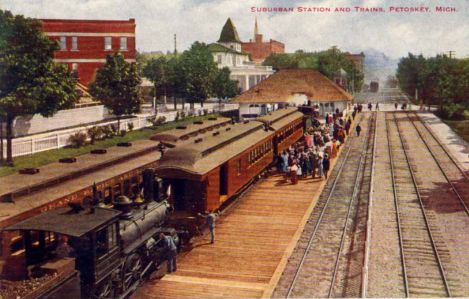 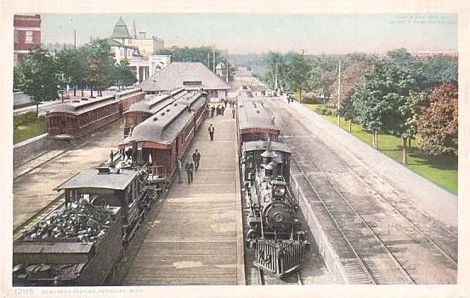 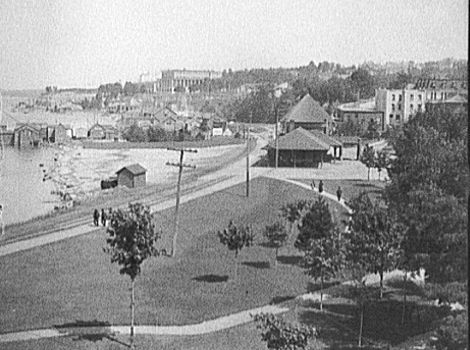 Petoskey was the location of a religious mission which was established in 1852. By 1857, it was known as Bear River, then became Porter's Village in 1865. It was renamed Petoskey with the coming of the Grand Rapids & Indiana railroad on December 5, 1873. It was incorporated as a village in 1879 and as a city in 1896. [MPN]

Petoskey was the center of a resort commuter rail service which used a seperate "commuter" depot on the GR&I main line downtown. From the commuter station, you could take a train to any town north as far as Harbor Springs or Alanson, and south to Walloon Lake.  Dozens of trains ran this route each day, which was double tracked between Foremans and Harbor Springs.

1874 - The Grand Rapids & Indiana railroad built into town from the south. 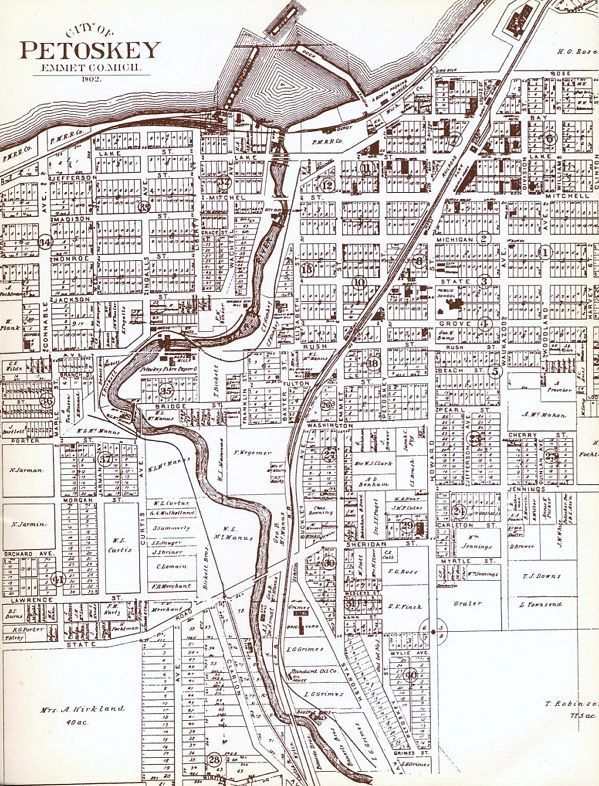 The PM had a 70' hand operated turntable here. It was later moved to Greenfield Village.