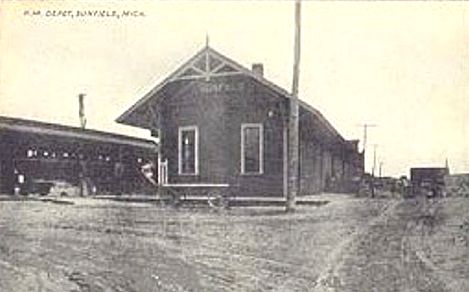 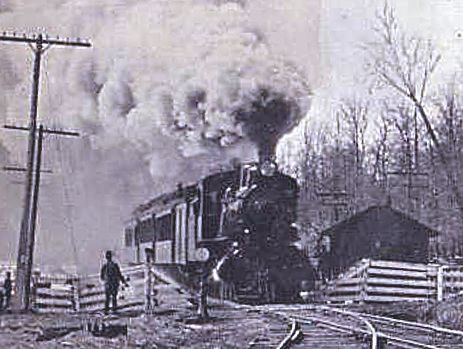 Sunfield, on the northwest edge of Eaton County, was settled around 1836. It was incorporated as a village in 1899. [MPN]

Sunfield is on the former Pere Marquette (now CSX) line from Lansing to Grand Rapids.

Sunfied, Mich. Aug. 8 - (AP) Thirteen cars of a Pere Marquette freight train were derailed here today, smashing the signal tower and damaging the depot. No one was injured. The train, headed west on the main Detroit-Grand Rapids line, derailed in front of the depot, a box car crashing into the signal tower and caroming against the telegraph operator's office in the depot. The top of the west end of the depot was budged a foot by the impact. About 10 rods of track were torn up. [BCE-8/8/1931]