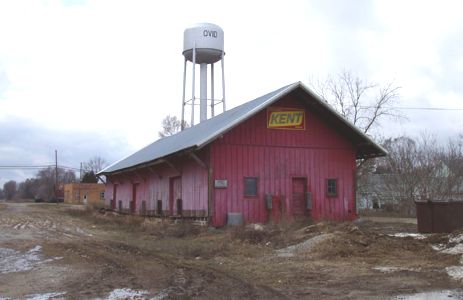 Ovid is a city in both Clinton and Shiawassee counties. The town was located on the Grand Trunk Western line from Detroit via Durand to Grand Rapids and the depot was west if the county line in Clinton County. Ovid was settled in 1836. It was incorporated as a village in 1869. [MPN]

Photo info/credits: Top, an early photo of the GTW depot. Below, a 2004 photograph of the former GTW freight house at Ovid. [Alan Loftis]