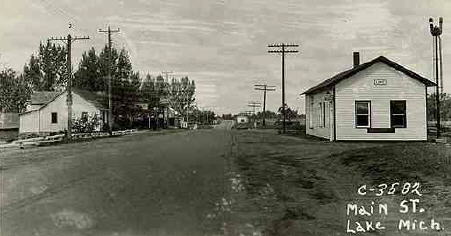 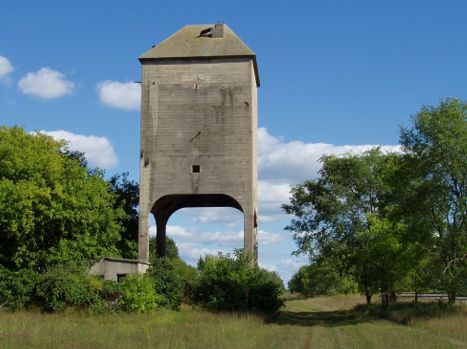 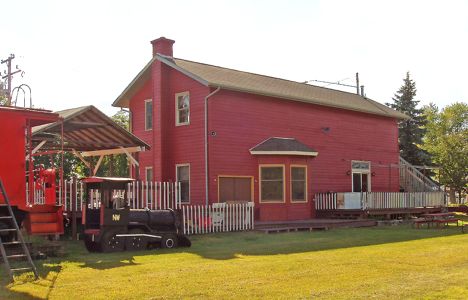 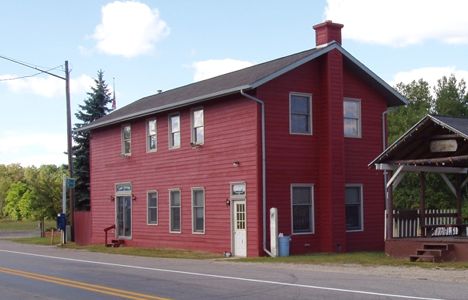 Lake was a station founded in 1877 in Clare County on the Pere Marquette line from Saginaw to Ludington. It was originally called Lake Station and was shortened to Lake at some time. It was located at MP 62.5. It had a depot, 95 car passing track and was the location of a large concrete coaling tower for refueling of steam locomotives. The coaling tower still exists, but is abandoned.

Photo info/credits: Top, the PM Lake Depot in the early 20th century. 2nd, the former coaling station at Lake. Lake was about mid-way for filling steam locomotive tenders between Saginaw and Ludington on the Pere Marquette. With the availability of water nearby, there was no doubt a water tower and standpipes at this location for filling tenders with the other main ingredient they required. The coaling tower still stands in 2005, one of about 15 which still exists in Michigan. [Alan Loftis]. 3rd and 4th photos, the former PM depot at Lake. The top photo is a trackside view, bottom street side. Taken in 2005. [Alan Loftis]