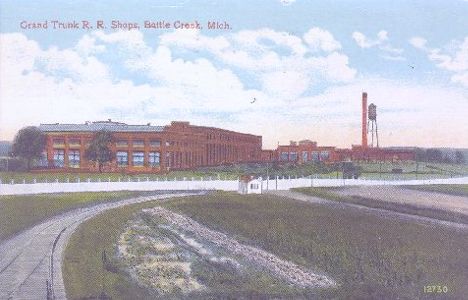 The Grand Trunk Western railroad had major locomotive and car shops in northeast Battle Creek and the town was a division point for the railroad.

The GTW had a 90' electrically operated turntable here, whi was removed in the 1980's. 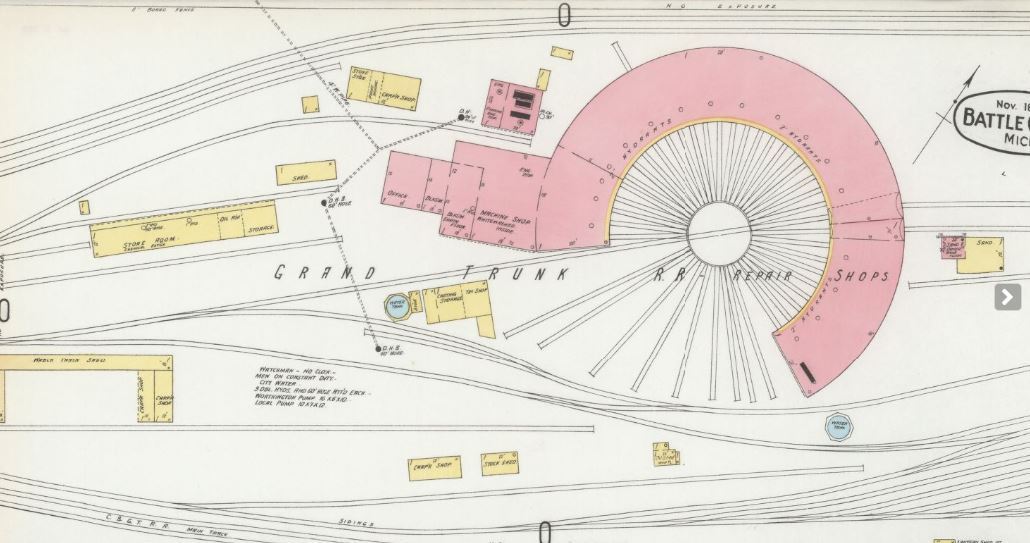 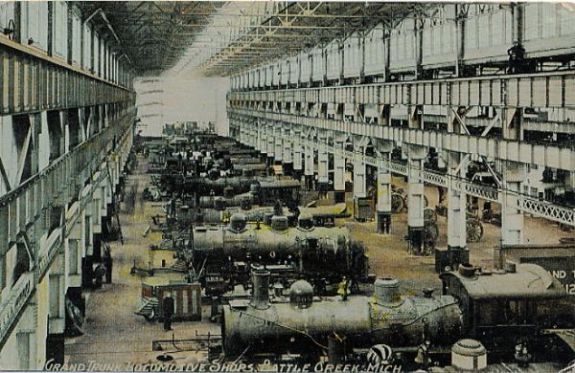 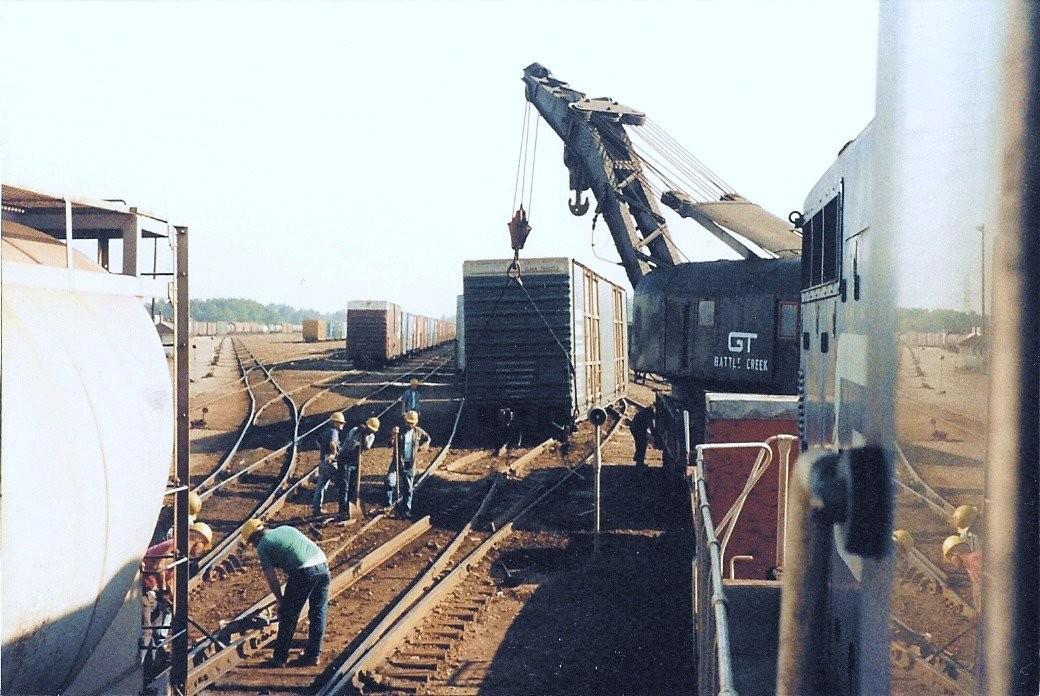 The last photo is of a derailment in Battle Creek Yard which brought out the wrecker outfit. 1988 [Charles Geletzke] 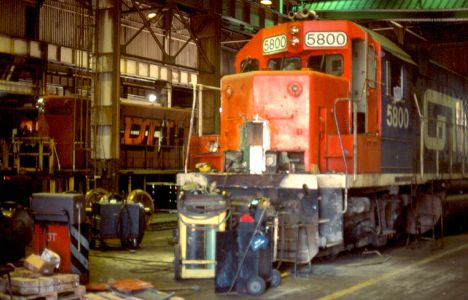