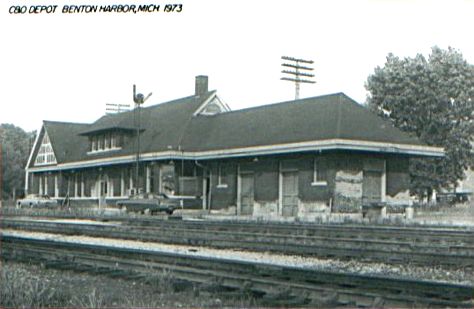 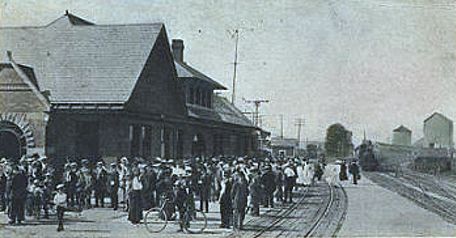 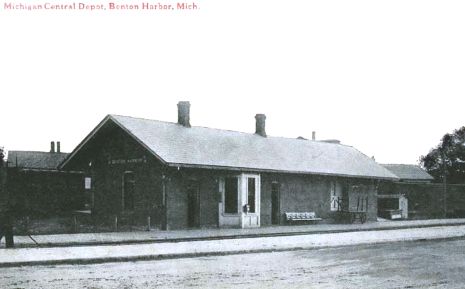 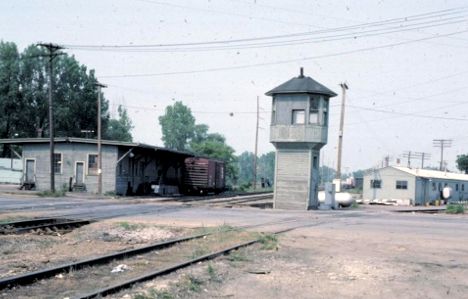 Benton Harbor was developed in 1860 in Berrien County. It became a city in 1891. Along with its neighboring City of St. Joseph, these two towns on Lake Michigan were a major industry hub in the region. Benton Harbor was home to the Pere Marquette main line between Grand Rapids and Chicago.  Branch lines on the Michigan Central, Big Four and Pere Marquette also left for here to Galien, Niles and Buchanan respectively.

1873 - The Chicago and Michigan Lake Shore Railroad (later PM) reported to the Michigan Railroad Commission that they had a 316 foot wooden drawbridge over te Paw Paw River at this location. They also had a 300 foot Howe Truss bridge over the Paw Paw River, known as Crossing No. 2 [MCR/1873]

1920 - On the Michigan Central St. Joseph Branch, this location was a passenger, freight and express agency. Interline tickets are issued. F. Fitch is the agent. The telegraph call sign was "BF". [MCOAS]

Photo info/credits: Top, the C&O Depot at Benton Harbor. The train order semaphore indicates that Form 19 orders need to be picked up by the approaching northbound train. This is a 1973 postcard view. 2nd photo, the same station from the other direction in the 1920's. Note the water tower in the background. The structure to the right of the water tower may be a coaling facility. This postcard view referred to the station as a "union station", meaning it served more than one railroad.  3rd photo, the Michigan Central depot at Benton Harbor. The MC had a branch line into St. Joseph from South Bend. It crossed the M's main line at Galien. In 1901 the MC built a short branch line called the Benton Harbor Extension from St. Joseph into Menton Harbor [MRL, page 304]. [Alan Loftis Collection]. Bottom photo, the C&O Benton Harbor Freight House and nearby crossing tower in May, 1977. [Charles Geletske Jr.]