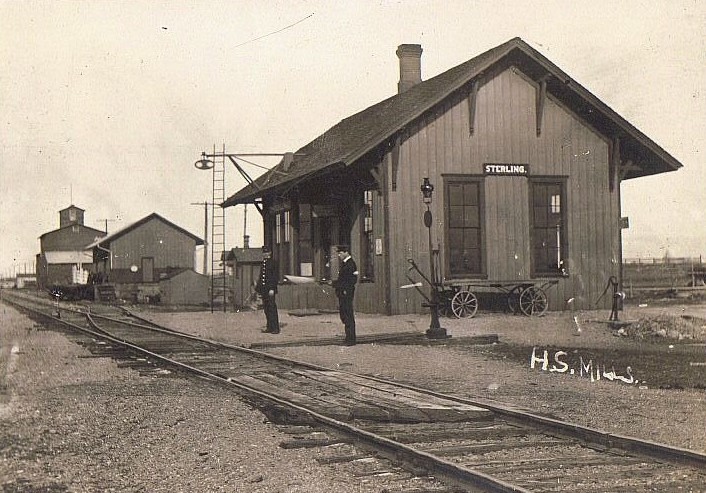 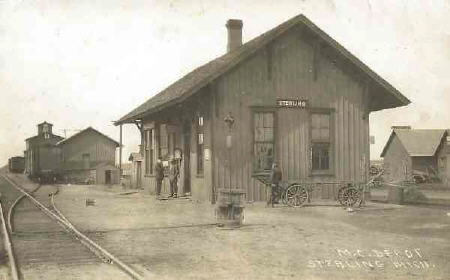 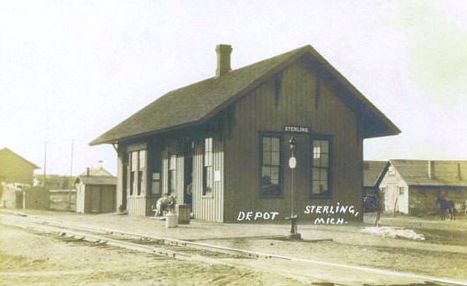 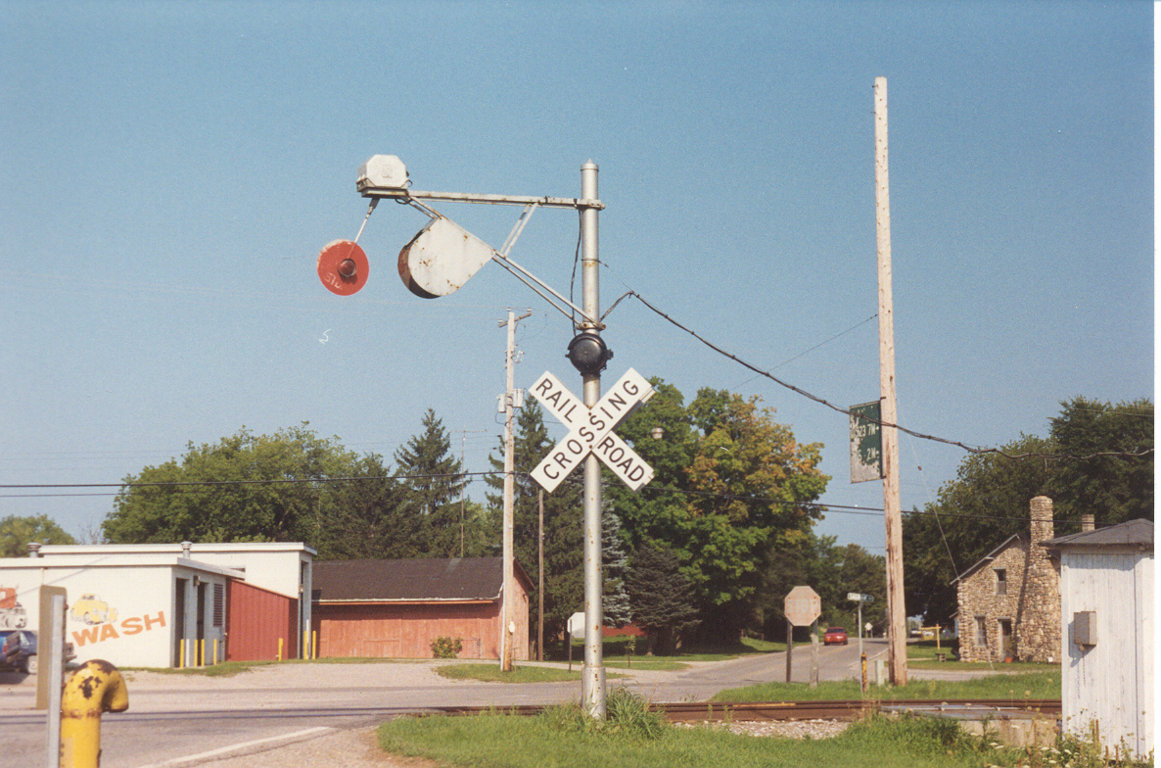 Sterling was settled in 1871 with a sawmill. The Michigan Central came through and established a station here.

Photo info/credits: Top three photos, the MC depot at Sterling. Bottom, a "wig-wag" railroad crossing signal located for many years at Sterling. Probably installed under New York Central ownership in the first half of the 20th century the signal lasted through Penn Central, Detroit & Mackinac and Lake State ownership.  It was removed in the late 1990's. It was one of the last, if not the last, wig-wag signals in Michigan. [Tom Decker]