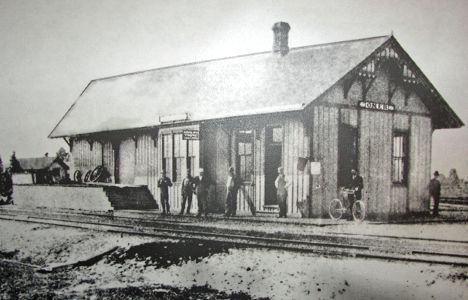 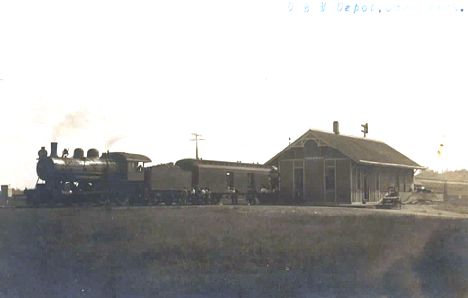 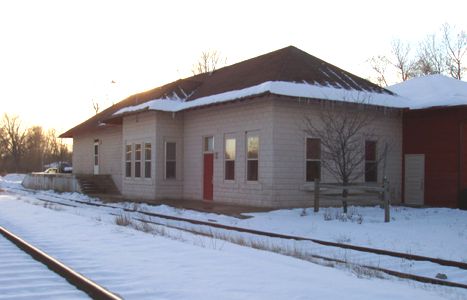 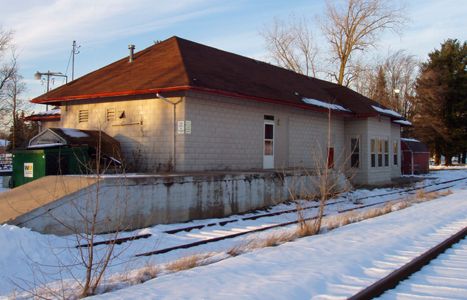 Omer was settled about 1866 on the Rifle River as a lumber mill operation. The village was platted in 1872 and incorporated as a small city in 1903. It was in Bay County until Arenac County was organized in 1883. Omer was a station on the Detroit & Mackinac south division main line and a branch line to Au Gres was located here.

Photo info/credits: Top, the original D&M depot at Omer. Next, a D&M passenger train at this depot, date unknown. [Both, Alan Loftis collection]. Both bottom photos are of the second depot in 2003, now used as a community center. [Alan Loftis]

September 22, 1896. The first freight train over the new Detroit & Mackinac Railroad, which works in connection with the Flint & Pere Marquette system, was started at Omer, Mich. on Sunday and reached Monroe, its destination. The train consisted of thirty-nine cars of telegraph poles consigned by W. C. Sterling & Son from their former yard, to Monroe. The train was decorated with flags an banners, and upon arrival at Monroe hundreds of people were at the depot to see it. [CFP-1896-1122]