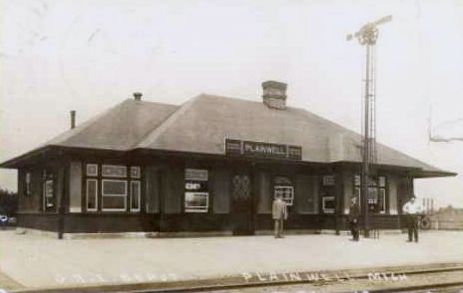 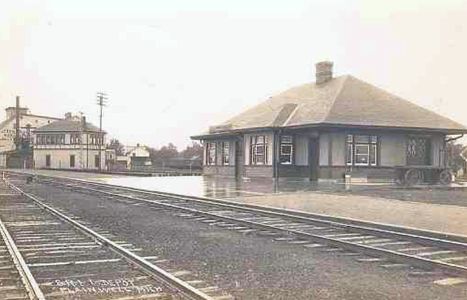 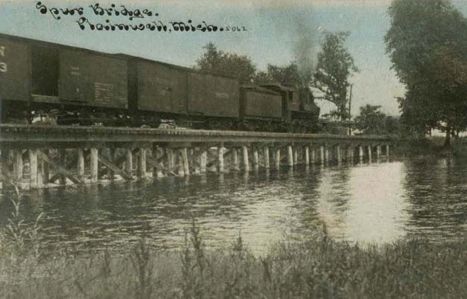 Plainwell was settled in 1831.  Later both the Grand Rapids & Indiana and the Lake Shore & Michigan Southern came through on its line from their lines between Kalamazoo to Grand Rapids. An interlocking tower was established at the crossing of both roads.

Photo Info/Credit: Top, the GR&I depot.  Middle, a view of the depot with the interlocking tower in the background.  Bottom, a 1907 postcard view of a freight train on a trestle which crossed the Kalamazoo River downtown and used by a NYC branch line leading to industries.  [All, Alan Loftis Collection]