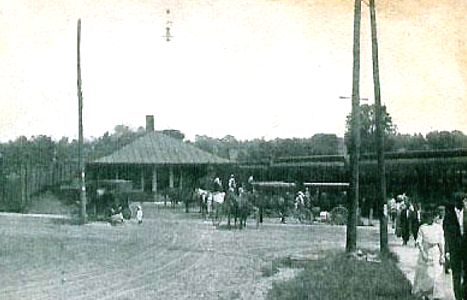 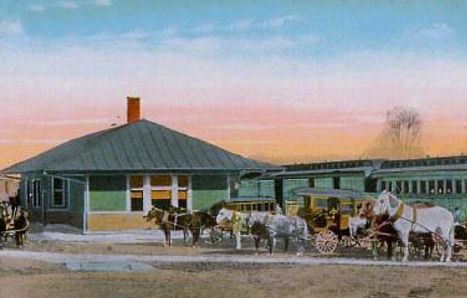 Allegan was founded in 1833. [MPN] It was a station on the Lake Shore's Kalamazoo to Grand Rapids branch (later NYC).  The town also served as a terminus for the Pere Marquette's line northwest to Holland and the Detroit, Toledo & Milwaukee's Railroad line east through Battle Creek, Marshall, Tecumseh and Dundee.

Allegan is on the KJalamazoo River and had sevveral saw, shingle and planning mills on the river and mill pond in 1884. Photo Info/Credit:  Top, an old photograph of a passenger train loading at the PM depot, which also served the DT&M in 1899 [SBM].  Middle, another postcard view of the PM depot at Allegan. Below, two old views of the Lake Shore & Michigan Southern (later NYC) depot at Allegan.  [All, Alan Loftis collection] 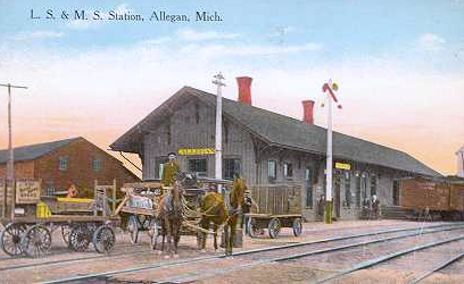