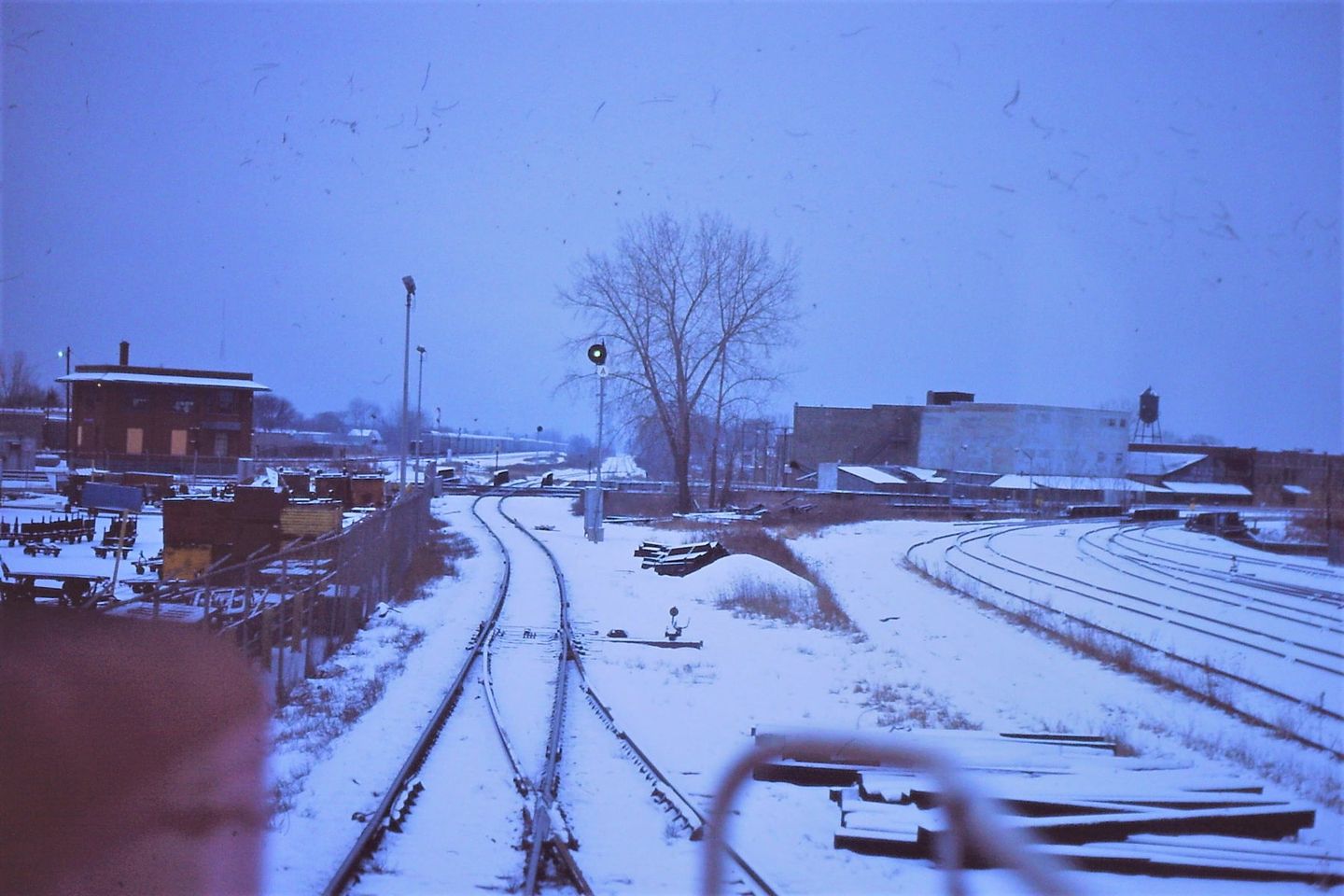 West Detroit began as a Grand Trunk station at the end of their route from Fort Gratiot (Port Huron) southeast to the Detroit area. The line ended here at the Michigan Central railroad and the area quickly became an industrial center with railroad car and wheel manufacturing in the northeast quadrant of the junction. The Michigan Central located their shops near here in 1873. The area was called Grand Junction and Detroit Junction before being renamed West Detroit in 1887. The area was annexed by the City of Detroit. [MPN]

Photo Info: A 1991 view from a D&TSL southbound freight on the approach to West Detroit interlocking. The train will cross the Conrail (former Michigan Central) main line here. The tracks off to the right are part of the GTW West Detroit Yard which connected with Conrail and the Chesapeake & Ohio West Detroit branch (original main line in Detroit). [Charles Geletzke Jr. photo]

Comments by Chuck Geletzke Jr. about the above photo: Westbound on the GTW approaching the diamond at West Detroit, Michigan on January 6, 1991. On the left is the Conrail (former NYC-PC) West Detroit interlocking tower. Here I was running on Track #1 (the only yard on the entire GTW where the Main Track actually had a number and was not formally designated as a Main Track!). The five tracks that we were about to cross were the former MC Mainline from buffalo to Chicago. Beyond the diamond we would enter the N&W's (former Wabash) double-tracked Old Mainline to Delray, which had spring switches at each end requiring trains to keep to the right. The curving tracks to the right was the west end of the GTW's West Detroit Yard and connected to the C&O's (former PM) line to Oak Yard. The Wabash and GTW track was also used by the D&TSL.