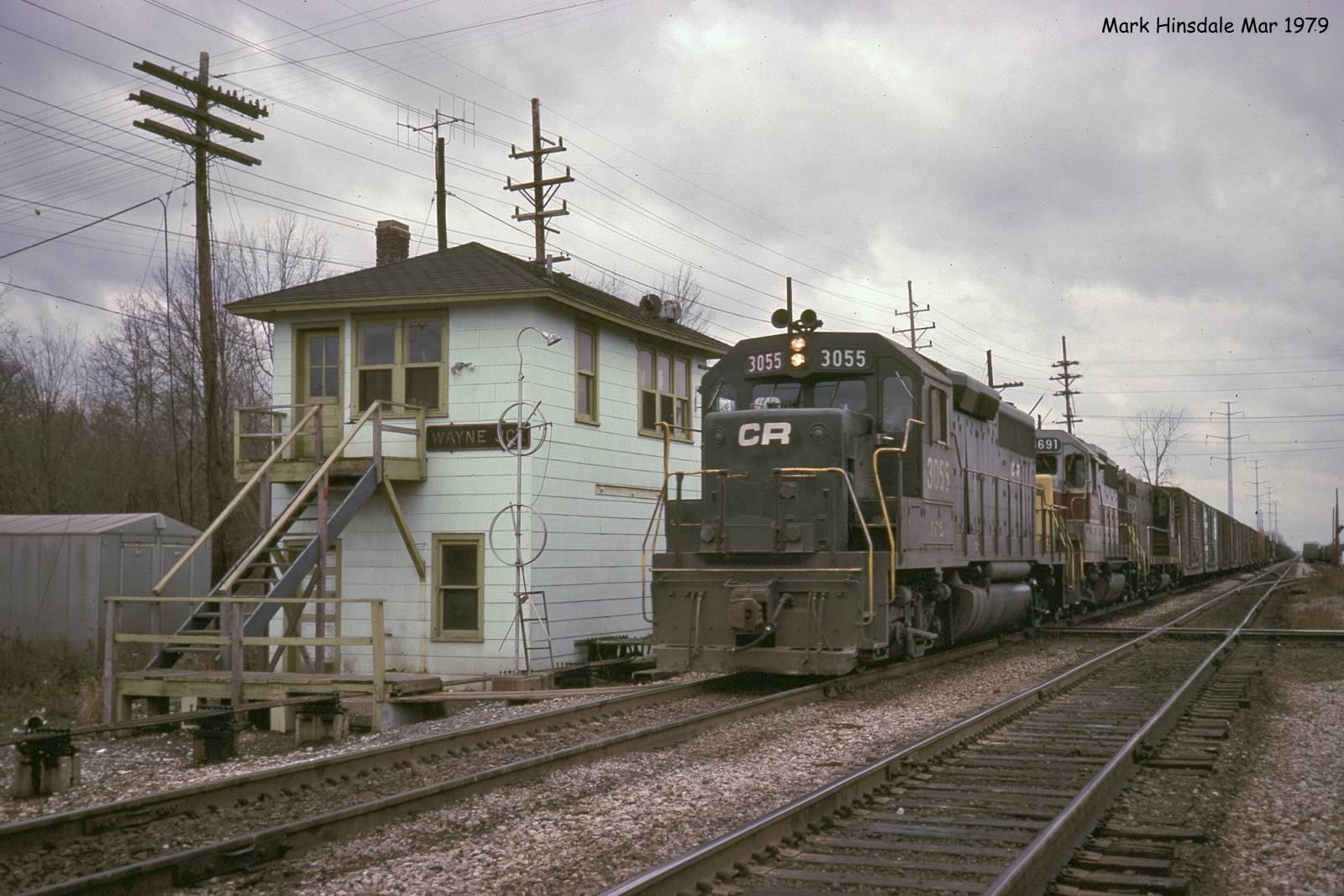 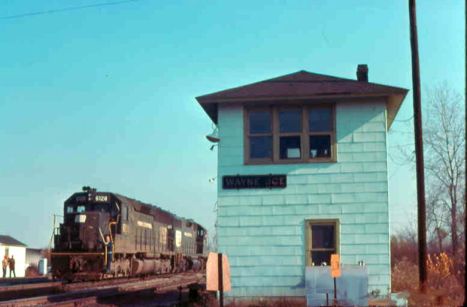 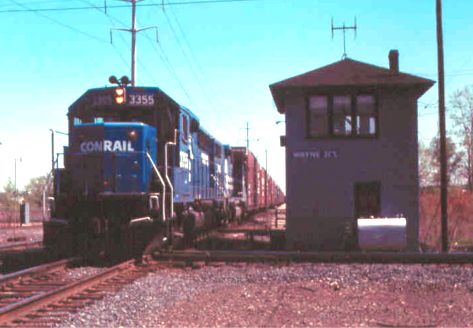 Wayne Junction was a Michigan Central-staffed interlocking tower which controlled the MC's east/west main line from Detroit to Chicago and the north/south Pere Marquette line from Plymouth to Toledo. This was a mechanical "strong-arm" interlocking. In addition to the main line of both railroads, the New York Central (former MC) operated a freight switching lead on the north side of the main line which was used constantly to switch the Ford Motor plant in the northwest quadrant of the crossing. The MC also had eastbound and westbound passing tracks to the west of the tower.

November 25, 1876, A well kept eating house has been established at Wayne Junction. [DFP]

October 9, 1887. A comment in the Detroit Free Press noted that Wayne Junction has a "dreary-looking" waiting room, 12x12, and there was a platform sixty feet long by eight broad. The scenery consisted of one water tank, ten freight cars, two fields, five telegraph poles and one pile of lumber.

1917. This tower was staffed around-the-clock by MC operator/towermen. [TRT]