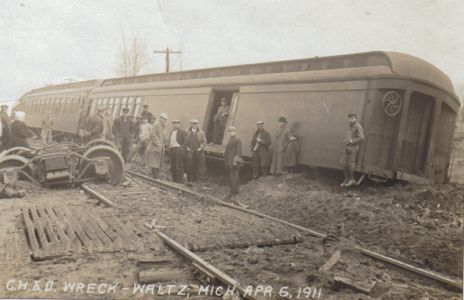 Waltz was founded about 1845 and became a station stop on the Pere Marquette railroad line in southwest Huron Township in Wayne County. [MPN]. In 1898 it was a flag stop.

Photo info: Two photos from the Waltz area.  Above, Pere Marquette section men stop for a photograph in the late 1880's.  Below, a PM wreck at Waltz in 1911.  [Scott Adkins Collection]