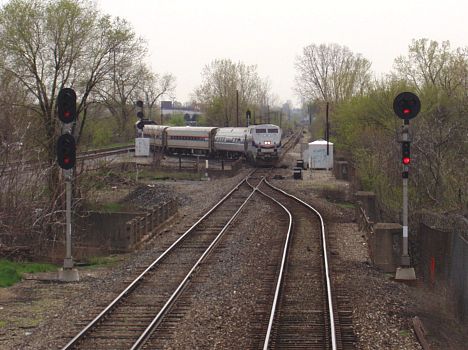 CP Vinewood is a location where the CN (former GTW) and Conrail's Shared Assets line from Bay City Junction are parallel and have a crossover. It is named after nearby Vinewood Avenue but the crossover is actually at Roosevelt Street. Southbound GTW trains are instructed on whether to run the original GTW/ DTSL route here through West Detroit, or use the nearby Conrail route to Delray. Amtrak trains also use this crossover to reach Detroit's New Center Station.