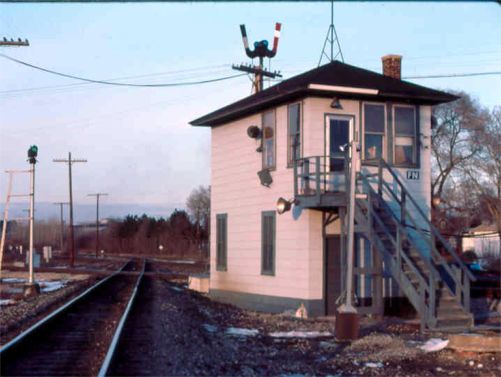 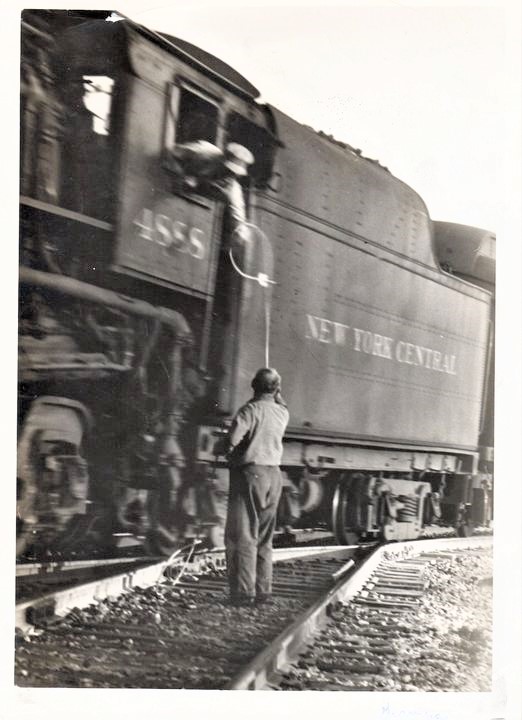 FN Tower, also known as Trenton Tower, was originally a 4-way crossing of the Michigan Central Toledo Branch (Detroit to Toledo), the Lake Shore & Michigan Southern Toledo Branch (Detroit to Toledo), the Detroit, Toledo & Ironton main line (Delray to Ironton, OH) and the Detroit & Toledo Shore Line main line (Detroit to Lang, OH). In the early 1900's, the MC and Lake Shore lines were consolidated into a two-track north-south route, although they remained far apart. The DT&I and the D&TSL crossed in a diamond within the two MC/LS tracks.

This was an MC operated tower with an operator.

Photo info: Top, FN Tower in Trenton is the crossing of the former Michigan Central (now NS northbound main), the Lake Shore & Michigan Southern (now NS southbound main), the Detroit, Toledo & Ironton main line to Detroit (Delray), and the Detroit and Toledo Shore Line main line. The track plan design is unique, with the DT&I and the D&TSL crossing in the center of the NS tracks. This photograph was taken in February, 1989. 2nd photo, the operator hands up an order to a NYC fireman using a train order "loop" in 1939. [Jodi Adamowicz family photo]. The NYC also used train order forks, as well as Ironman permanently installed double forks to reach both engine and caboose crews.

1897. The protracted controversy over the route of the Detroit & Lima Northern road was definitely settled to-day when the state railroad crossing board approved the maps growing out of the purchase by that company of the Dundee branch of the Lake Shore & Michigan Southern. By the terms of the contract the D&LN will be required to establish and maintain complete interlocking devices at the crossings at Dundee and Trenton with the Ann Arbor and Michigan Central and Lake Shore respectively, and half interlockers at 12 spur crossings near Detroit. [DFP-1897-1116]

1898. The Lima Northern Railroad will erect an interlocking switch tower at the crossing of the Lake Shore road in Trenton. [DFP-1898-0205]