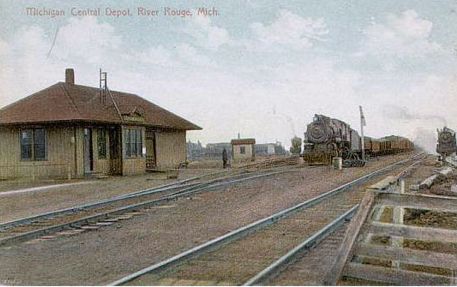 River Rouge was settled in the 1700's by French settlers who established ribbon farms in the area off the Detroit and Rouge rivers. The town was incorporated as a village in 1899 and a city in 1922. [MPN] River Rouge also includes the area known as Zug Island.