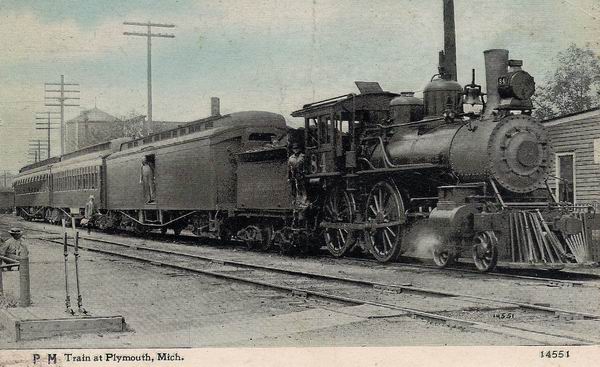 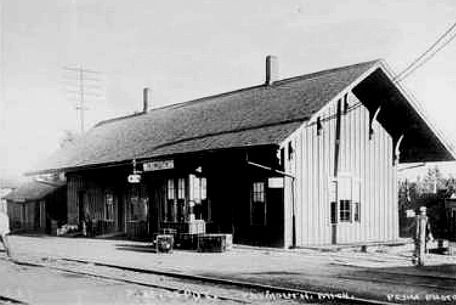 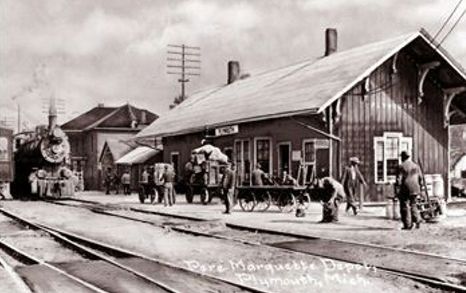 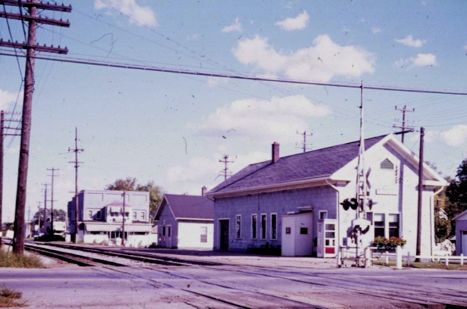 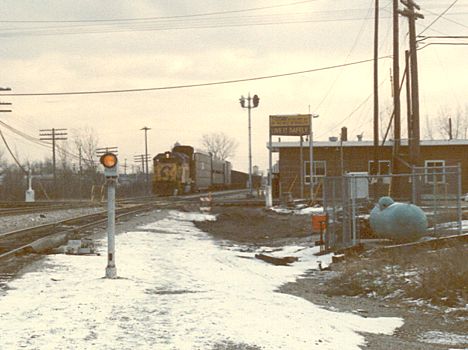 Plymouth was the crossing of the west-east Detroit, Lansing & Northern railroad (from Detroit to Ionia/Grand Rapids) and the north-south Flint & Pere Marquette (Toledo northwest to Ludington via Saginaw and Midland). These railroads were merged about 1900 and this became a major junction point for the Pere Marquette, which had a large roundhouse here.

Photo info/credit: Top, an early postcard view of a passenger train stopped at the Plymouth depot. Note the two armstrong levers near the sidewalk to the left. These may have been used to set the signals for the interurban crossing on the nearby street. 2nd photo, the Pere Marquette depot at Plymouth. [Alan Loftis collection]  3rd photo, a 1910 photo of the Plymouth depot with a locomotive nearby. [Dale Berry collection]. 4th photo, the C&O depot at Plymouth in 1972. [Charles Geletzke Jr.]  5th photo, Plymouth interlocking and its 1-story building and yardmaster's office. A Chessie freight is approaching from the south.1980's. [Dale Berry]