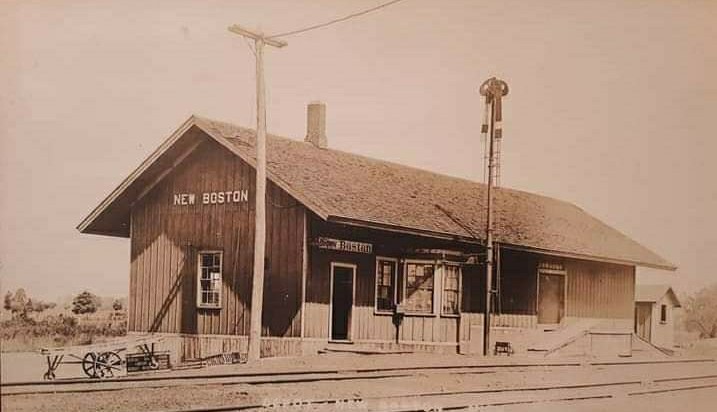 New Boston was settled about 1820 and originally called Catville. It was renamed New Boston in 1868. [MPN] New Boston was served by the Pere Marquette Railroad and is located in Huron Township, Wayne County, about four miles south of Romulus.

1945. The MSPC allows the railroad to reassign the New Boston agent to a different location. The railroad is required to maintain a caretaker at the station. [MPSC-1945]