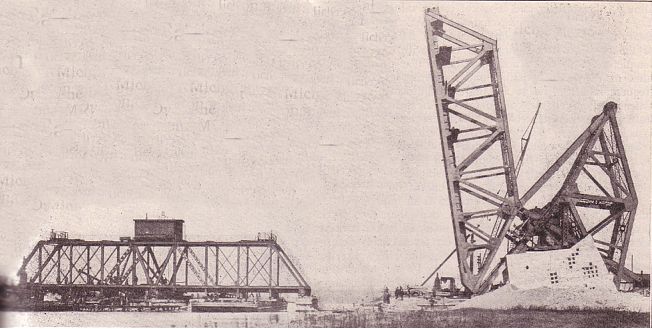 This bridge on the left was an early swing bridge used jointly by the Michigan Central and the New York Central (LS&MS) to cross the Rouge River before the Ford Rouge complex was built and the river was widened.  This bridge was replaced in the 1920's - see photo which was taken during construction.

Photo info:  This photo looks up river from somewhere near Jefferson Avenue.  The Old MCRR swing bridge is on the left.  Note the operator office at the top in the middle.  The new bridge is at the right, under construction and is of the bascule style.  It will be operated by a bridgetender in a tower which will be built on the right (north) shore.