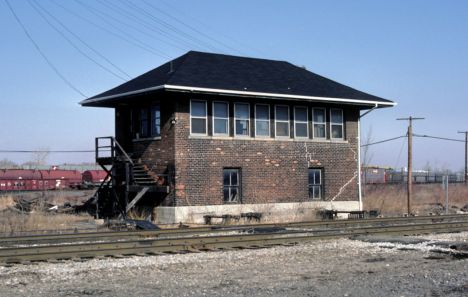 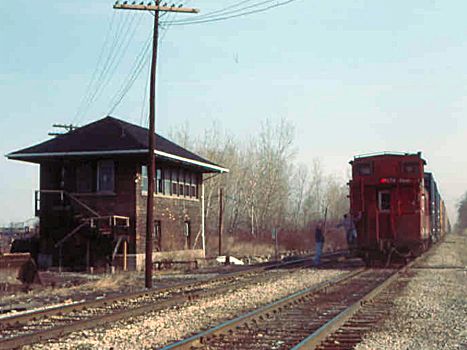 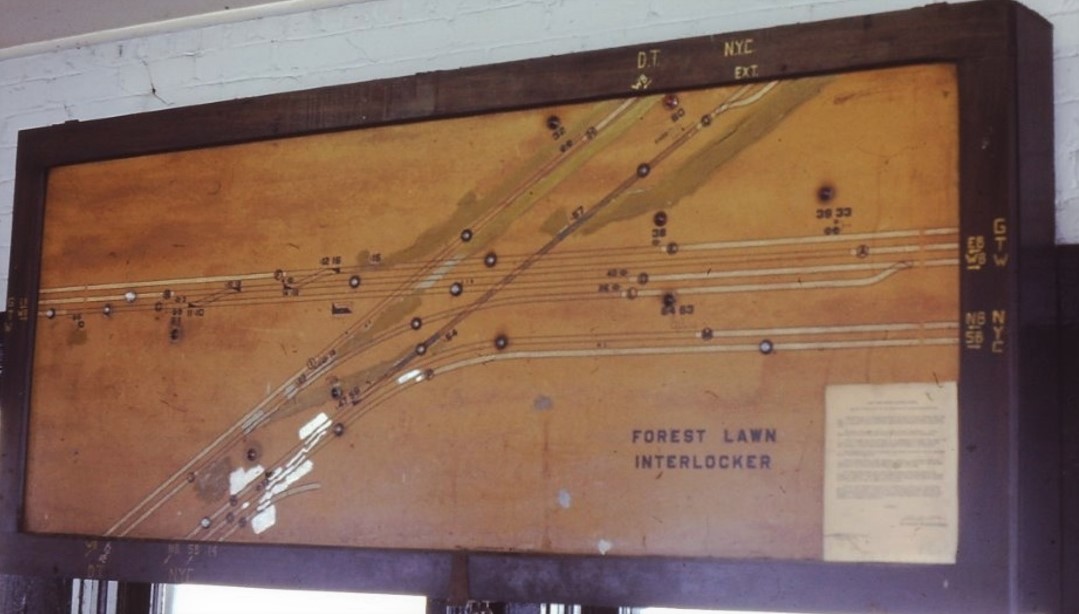 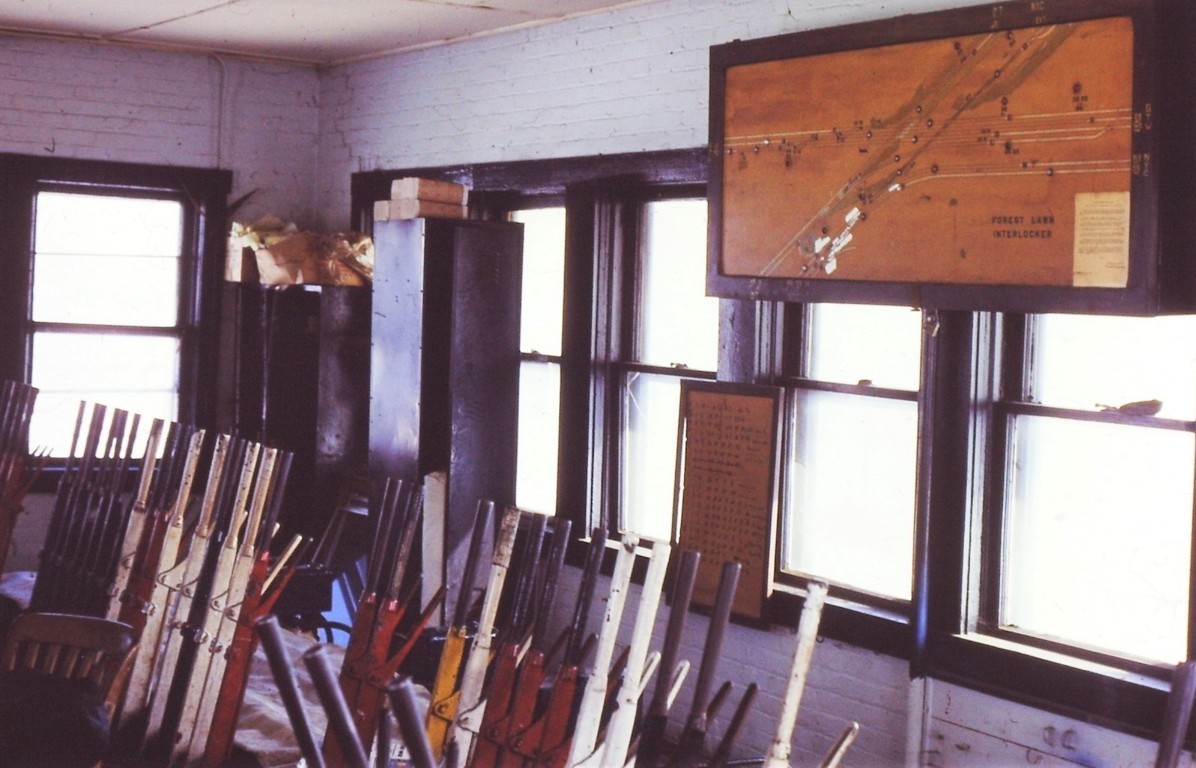 Forest Lawn was an interlocking tower on the Grand Trunk Western main line (Detroit to Port Huron) where the Michigan Central Belt Line Extension and the Detroit Terminal railroad crossed the GTW at grade. This tower was just west of Forest Lawn Cemetery. MC trains left the Bay City Branch here crossing the GTW to get to their Belt Line Extension which went south to the Detroit river front and the Detroit Manufacturers Railroad. The Manufacturers Railroad, a MC operation, ran along the Detroit River between Dequindre and Mt. Elliott.

Photo info: Top, Forest Lawn Interlocking tower in March, 1985  [Neil Plagens}. 2nd and 3rd photos, Grand Trunk Western's Forest Lawn interlocking tower, at the junction of the GTW's Mt. Clemens Subdivision and the Detroit Terminal Railroad. Though these photos suggest that these are rural locations, they are actually in the middle of the City of Detroit. Both photos were taken in 1986. [Charlie Whipp]. 4th photo, a map of the Forest Lawn interlocker drawn from a blueprint in the State of Michigan Archives. [Dale Berry], 5th photo of the model board at Forest Lawn [Charles Geletzke Jr.] and the 6th photo is the interlocking plant in 1970, [Charles Geletzke Jr.]

This was a GTW staffed tower.

1984. From Charles Geletzke Jr. Looking north east towards the tower, the track on the far right was the East Lead and ran all the way to 6 Mile Road. To the left was the Westward (southbound) main track and to the left of that you can see where the connection to the Detroit Terminal Railroad was recently removed. We used to have yard jobs that took cars to the DT at Davison Yard until the DT was fully acquired by Conrail. 100 yards south of the tower, we had a set of hand-thrown cross-overs that went all the way across from one side to the other. Beyond the diamond was another set of cross-overs, which were controlled by the operator at Forest Lawn...thus, an eastward train (towards Mt. Clemens) could depart East Yard and not have to slow down or stop to realign the cross-overs. Interestingly, Forest Lawn was NEVER a train order office until late in the summer of 1968. All of the track to the left of the semaphore signal was former New York Central and was actually North Yard.