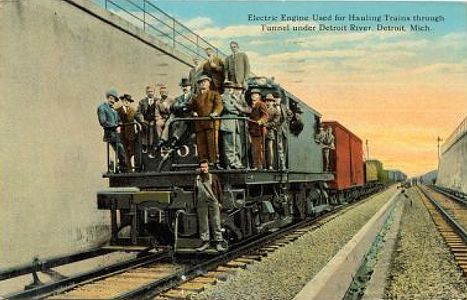 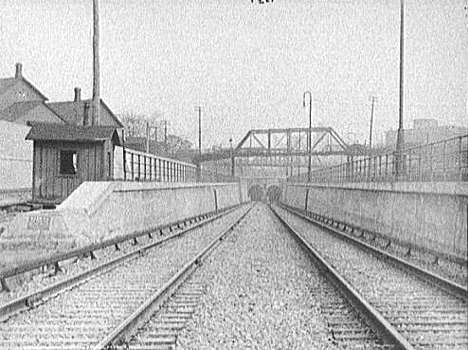 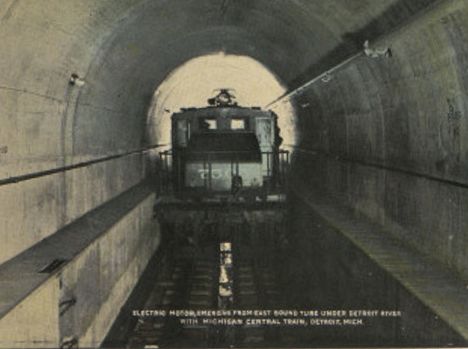 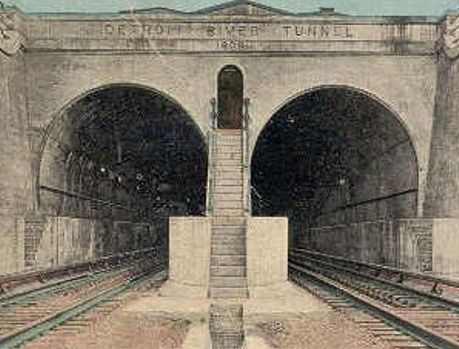 The Detroit-Windsor International railroad tunnel was built by the Canada Southern railroad (Michigan Central) opening in 1910. Prior to the opening of this tunnel, passenger and freight cars were ferried across the river nearby and at Grosse Isle (downriver).

The west (U.S.) portal of the tunnel was located near Porter Street at the east end of the Michigan Central passenger station. It was controlled by the 15th Street interlocking tower.

Photo info/credit: Top, a section of the new tunnel being floated down the river to the permanent location. 2nd photo, the original sinking of the Detroit-Windsor Railroad Tunnel Tubes. [Both, Alan Loftis Collection] 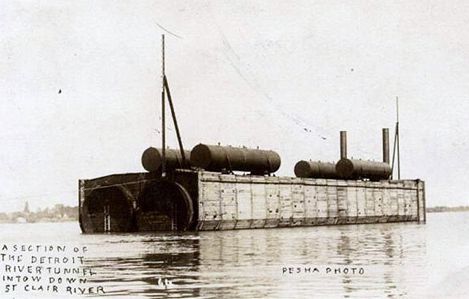 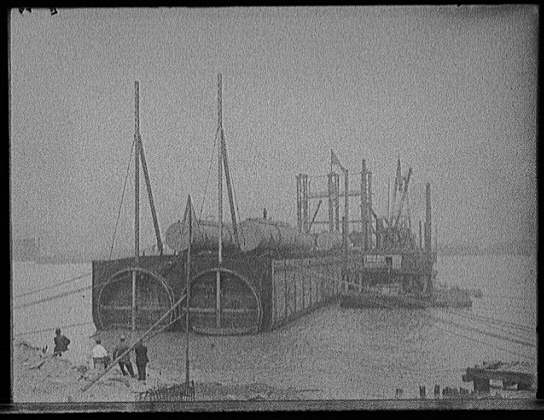 The construction of the Detroit tunnel line from Windsor, Ontario to West Detroit yard, Michigan including the electrification thereof, is placed in charge of an advisory board of engineers consisting of William J Wilgus, vice president of the NYC&HRR, Mr. Howard Carson's, consulting engineer and Mr. W. S. Kinnear, chief engineer of the Tunnel Company.

The chief engineer will be in direct charge of construction, reporting to Mr. H. B. Ledyard, chairman of the board of directors, on executive and financial matters, and to the board of advisory engineers as to plans, specifications and methods of doing the work. [DFP-8-5-1905]