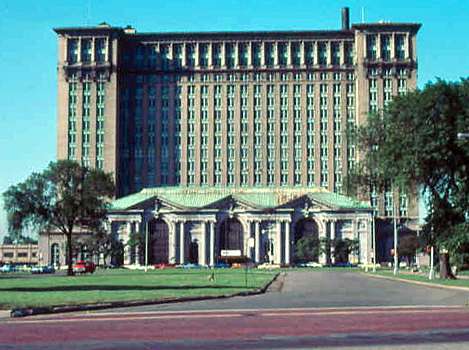 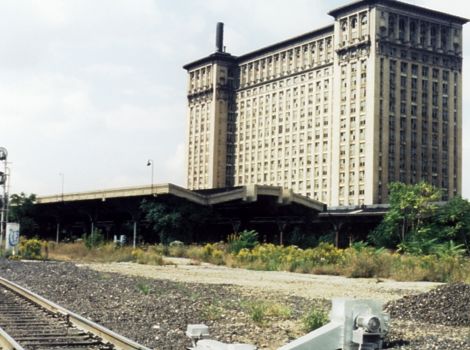 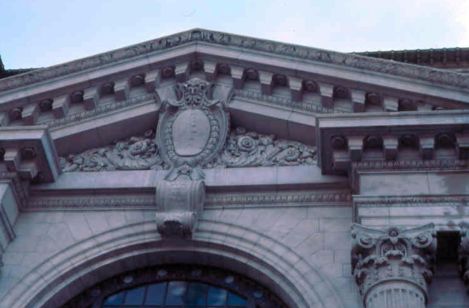 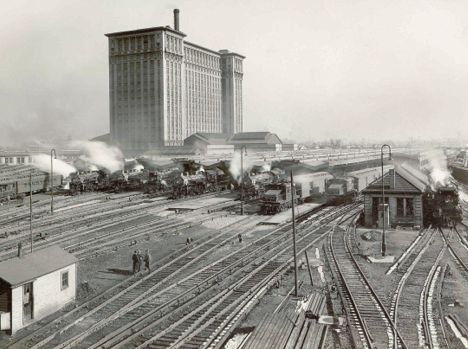 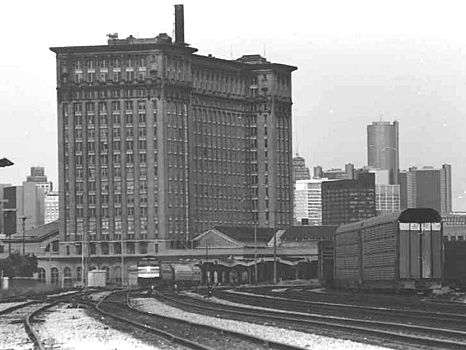 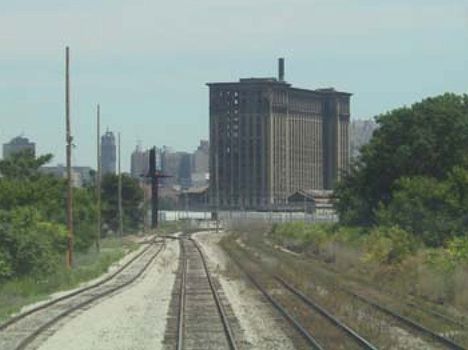 The Michigan Central Railroad station was built in 1913 and designed by Warren and Wetmore, Reed and Stem. It is located at 2405 West Vernor Avenue and overlooks Roosevelt Park. It is of Beaux-Arts Classical design. [BOM]

Photo info/credit: Top, The MC depot in Detroit. [Mark Dobronski collection]. 2nd photo, the depot with abandoned train sheds in 1995. [Jim Carsen]. 3rd photo, detail from the front of the building [Charlie Whipp]. 4th photo, a view of the Michigan Central Railroad station in Detroit, taken around 1940. Though road passenger trains were powered by steam locomotives, terminal switching and tunnel pulls to Windsor were powered by electric locomotives, of which there are at least two in the photograph. [Jim Betancourt collection]. 5th photo, the depot and the Detroit skyline in the early 1980's shortly before Amtrak discontinued operations here moving them to a station in the New Center area of Detroit. [Charlie Whipp]. 6th photo, a view of the west approach to the depot in 2001. [Charles Geletzke Jr.]. 7th photo, a view of the Michigan Central station in 2003, looking east from approximately Bay City Jct. (W. Grand Blvd.), [John Agnew]

1917. The MC depot was staffed by a Wire Chief, assistant wire chief and operators on all shifts. [TRT] The Detroit division dispatcher was also located here.