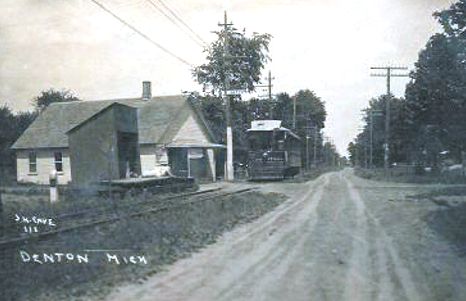 Denton was located in Canton Township and became a station on the Michigan Central railroad in 1864. [MPN]

Denton was located about six miles west of downtown Wayne near the Washtenaw County border.

Photo info/credit: Denton inerurban station in western Wayne County's Canton Township. The depot appears to be the small shelter with a platform in front.