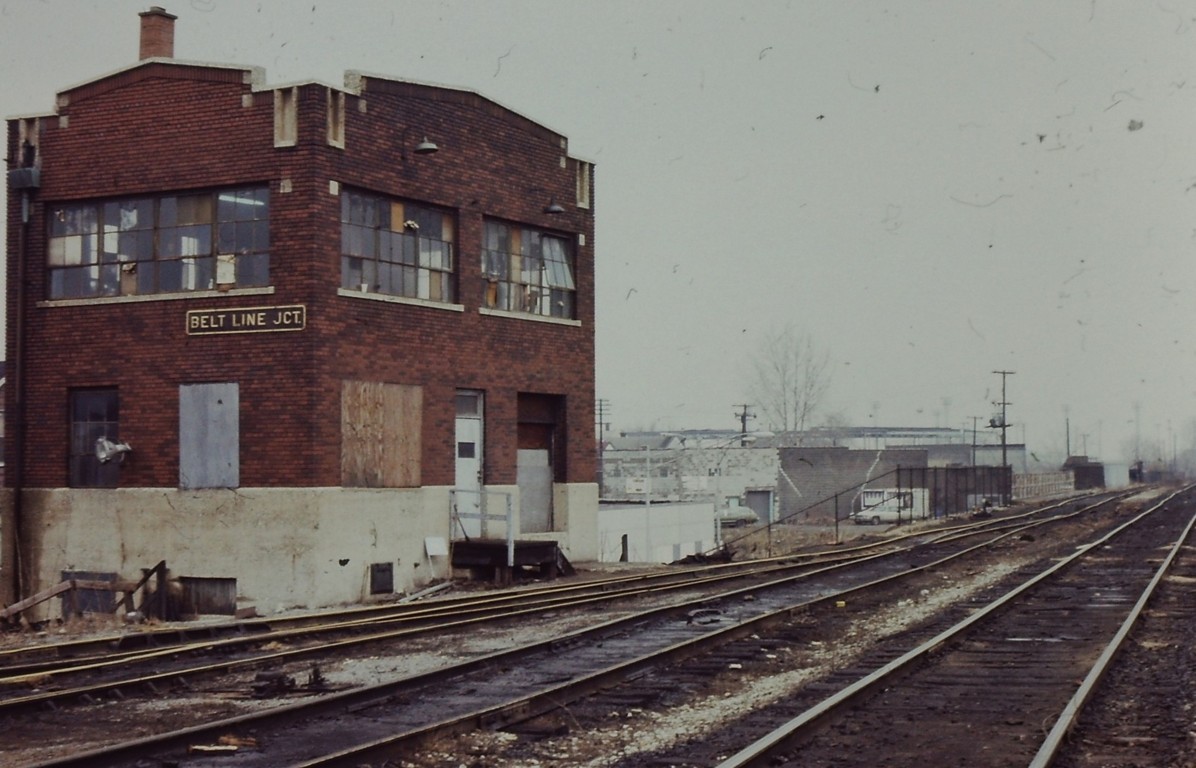 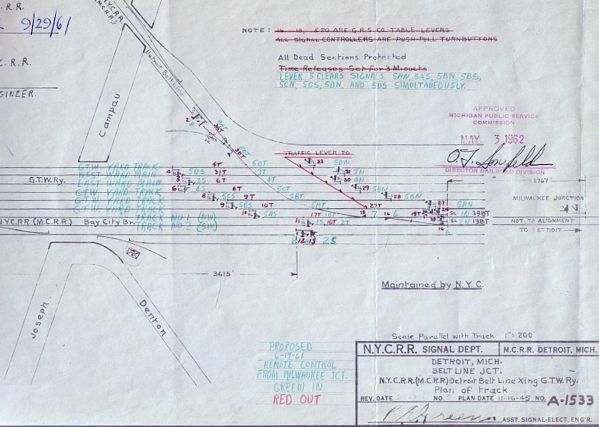 Belt Line Junction was an interlocking tower on the Michigan Central Bay City Branch, just northeast of Milwaukee Junction. MC trains left the main line here crossing the GTW main line and yard, to get to their Belt Line which went southeast to the Detroit river front and the Detroit Manufacturers Railroad. The railroad, a MC operation, ran along the Detroit River between Dequindre and Mt. Elliott.

Photo info/credit: Top, Belt Line Tower in a 1978 photo. [Charles Geletzke Jr.].  2nd photo, an earlier tower (prior to 1912} at Belt Line Jct. 3rd photo, a schematic drawing of the track layout and interlocker at Belt Line Jct. This diagram was drawn in 1945 and updated in 1961. From the State of Michigan Archives.

Belt Line Junction was the original start of the MC Belt Line, but the MC built the Belt Line Extension from North Yard to a location just north of the Ford Expressway (I-94) as another way to access the Belt Line. This extension crossed the GTW at Forest Lawn Tower (near Forest Lawn Cemetery).