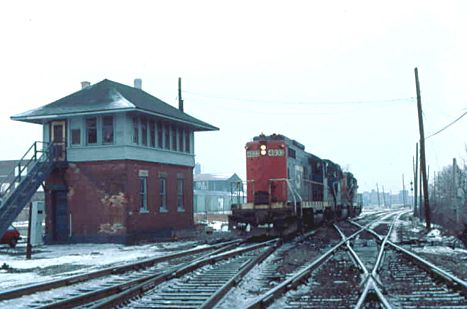 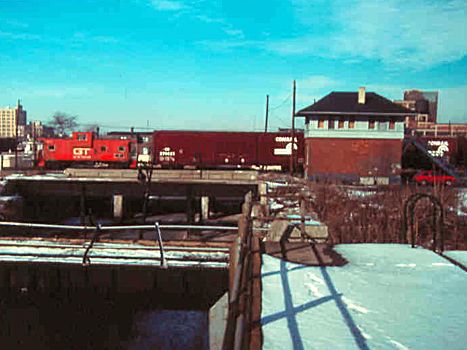 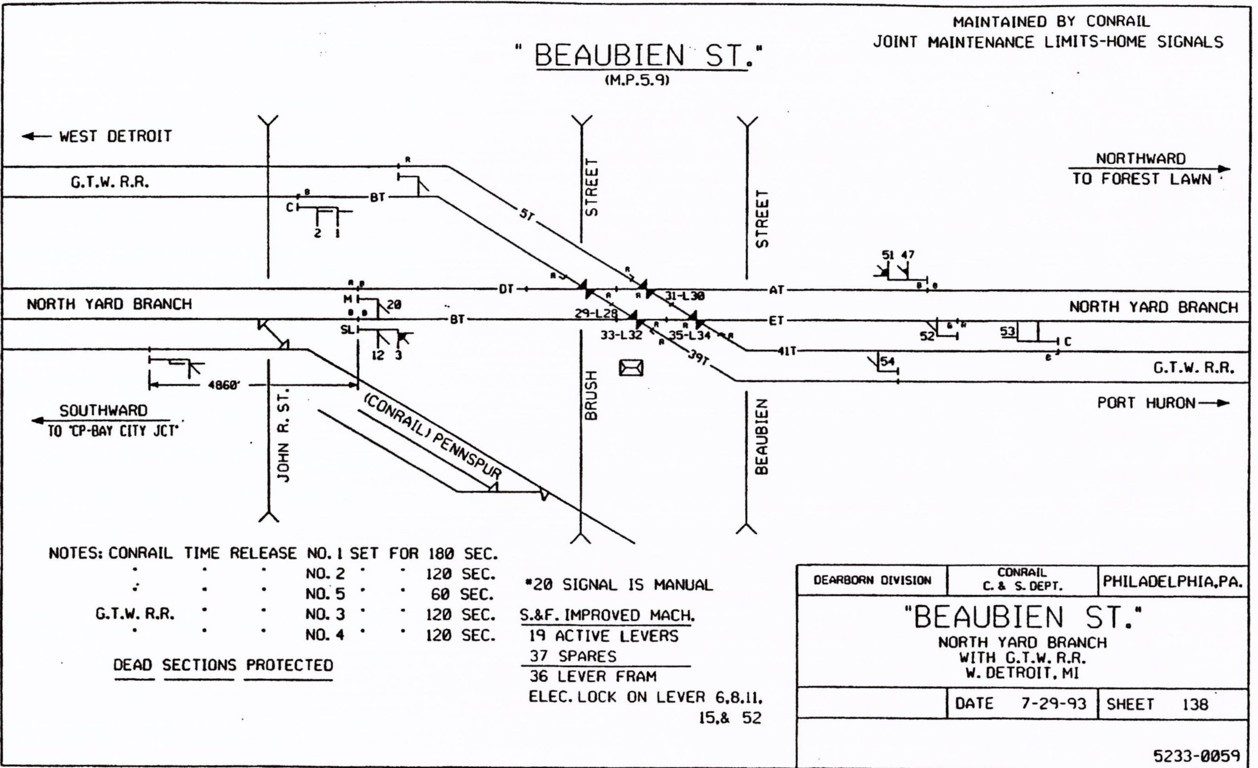 Photo info: Top, the Michigan Central Beaubien Tower, as photographed in 1986. The tower was unusual in that it had "moveable point diamonds", which were a necessity due to the severe angle of the diamond crossings. Normal open diamond points would have led to derailments. In the above photo, a southbound Grand Trunk engine set heads towards West Detroit. 2nd photo, taken in a north direction and provides a full view of the tower. [Both, Charlie Whipp]. 3rd photo is a Conrail track diagram of the crossing in 1993.

1900. Railroad Commissioner Osborn took action to-day for better protection of the Citizens' Street Railway crossing with the Grand Trunk, Wabash, Michigan Central and Lake Shore tracks at Beaubien street. The commissioner ordered that the derailing switch, now operated by the street railway conductors, be connected with the railroad signal tower and operated by the men on duty there. This change will relieve the street car men of all responsibility for lost time at the crossing. [DFP-1900-0309]

1903. This was a Saxby-Farmer Lever machine installed by the Union Switch and Signal Co. It was refered to by the Lake Shore line as John R Street. [MCR-1904]

1935:  Beaubien Street Tower controlled the crossing and connection of the former MC and NYC tracks, as well as a crossing with the Wabash, and a junction with the west end of the MC's Peninsular Spur.  [ MC Detroit Terminal Timetable No. 76]