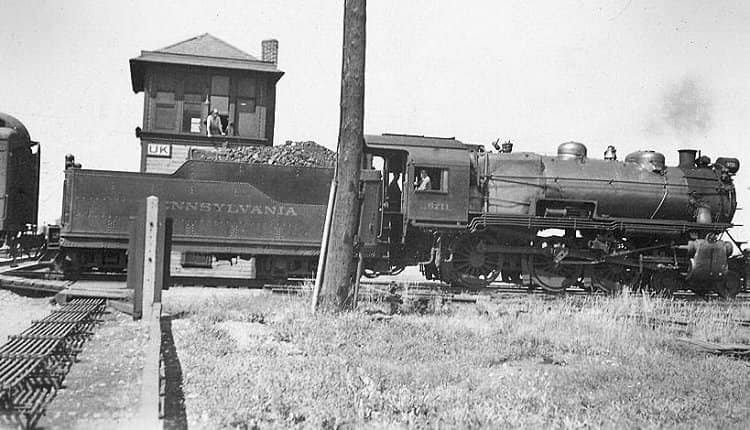 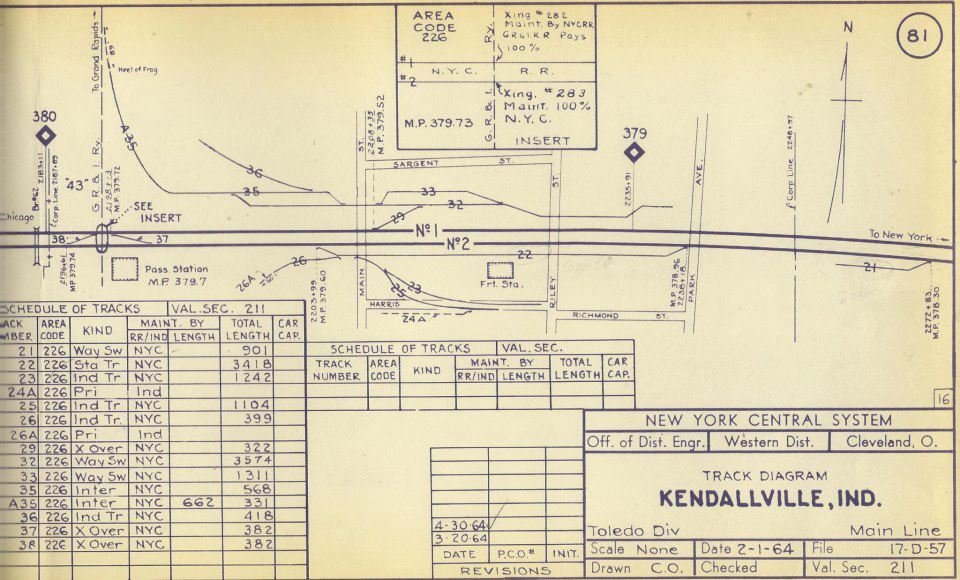 This location was the crossing of the east-west New York Central air line and the north-south Grand Rapids & Indiana (later PRR) Fort Wayne to Mackinaw City, MI branch. The crossing was known by the telegraph call "UK" (in 1915) and was 91.4 miles west of Toledo in Noble County, IN.