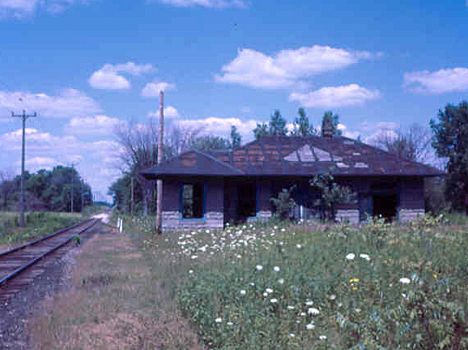 Wilmot was a station stop on the Pontiac, Oxford & Northern (later GTW) line in eastern Tuscola County. Later, the Detroit, Bay City & Western railroad came through and crossed the PO&N here at grade

1916:  The Michigan Railroad Commission reports that the DBC&W crosses the PO&N at Wolmot. There is no protection at this crossing. All trains on both roads come to a stop before passing as required by law. Also, the DBC&W maintains a station agent at this station. Three passenger trains run each way, daily except Sundays. [MCR-1916 pg. 47]