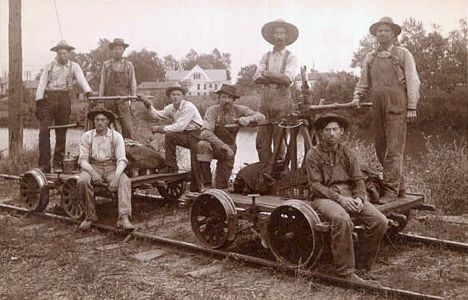 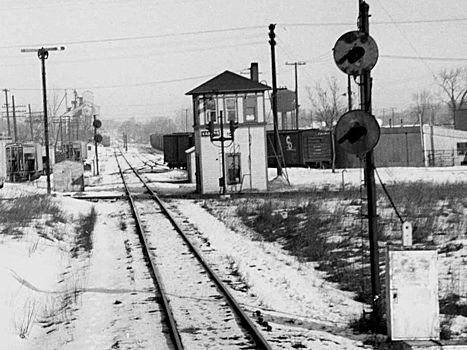 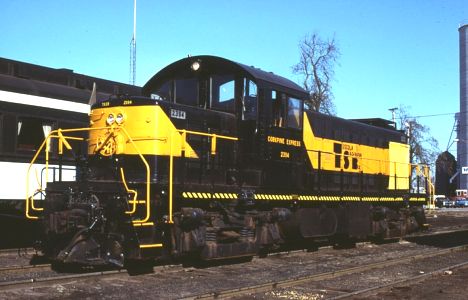 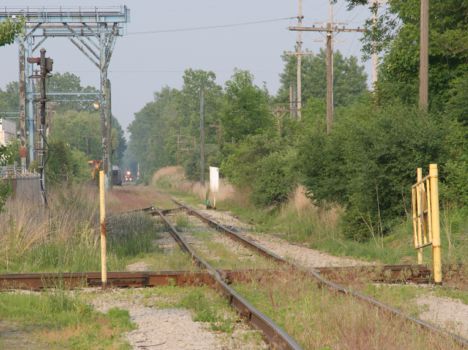 Vassar Tower was the interlocked crossing of the NYC's Bay City Branch and the C&O's Saginaw to Port Huron (via Marlette) line. The tower was later automated and taken out of service. Now the crossing is controlled by a gate which is operated by train crews.

Photo Info/Credit: Top, an early view of a Pere Marquette Section crew at Vasser. They maintained the PM line east and west of town. In the early 1900's. 2nd photo,this was taken by Ernie Novak, an engineer on the New York Central in 1955. The photo looks north from Ernie's train TB-10. The NYC line crosses the Pere Marquette at this location. A careful examination to the right of the tower shows the MC water tank and water standpipes are visible in front of the depot alongside the main line about 1/4 mile away. The train roder board is set at "Stop" for TB-10 so that they can pick up "31" train orders for a meet with the afternoon passenger train out of Bay City/Saginaw. [EL Novak/Charlie Whipp collection]. 3rd photo, Tuscola and Saginaw Bay (TSBY) 2394 is viewed at Vasser in 1978. The TSBY operated this section of state-owned railroad for a time. [Doug Leffler]. 4th photo, Vassar's gated crossing in 2007. An HESR train is approaching from the east. [Dale Berry]

Vassar was settled about 1849 in southwest Tuscola County. The town became a village in 1871 and a city in 1944. [MPN] Vassar was the crossing of the Michigan Central's Bay City Branch (from Detroit) and the Port Huron & Northwestern (later PM) line running between Saginaw and Port Huron via Marlette. The lines, now operated by the Huron & Eastern, crossed here, controlled by an interlocking tower. The crossng is now protected by a gate. The MC also had a branch which left the main line northeast to Bad Axe via Caro and Bach.