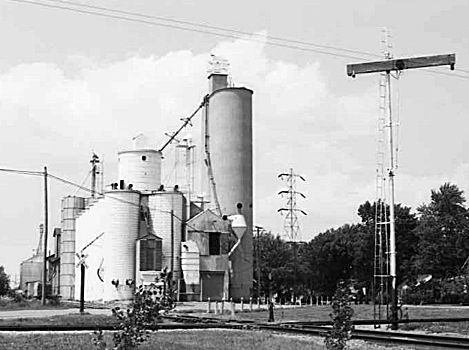 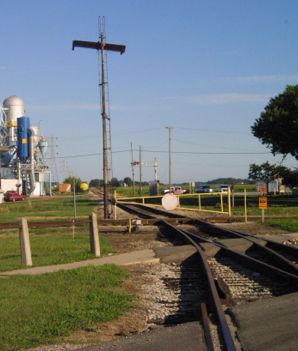 Reese was settled about 1865 at the very east edge of Tuscola County. The town was originally called Gates and a plank road came through here. In 1873, the Detroit & Bay City railroad (later MC/NYC/PC/HE) came through and established a station here. The town was renamed Reese in 1874 and became an incorporated village in 1887. [MPN] The Port Huron & Northwestern railroad also came through here and crossed the MC at grade. The crossing was controlled by a manual target signal at the top of a pole.

Photo info/credit: Top, a 1975 view of the Reese railroad grade crossing and depot under Penn Central ownership. [Charlie Whipp], 2nd photo, another view of the Reese crossing. The depot served both railroads and two train order boards are noted (one on a mast for the NYC and one on the building for the PM. [Ernie Novak/Charlie Whipp collection], 3rd photo, a 2002 view of the crossing and target. [Dale Berry], and 4th photo, a 1977 map of Reese and Munger. [Tom Hynes collection]

1917, The MC had a agent-operator here at the station during the day shift. [TRT]