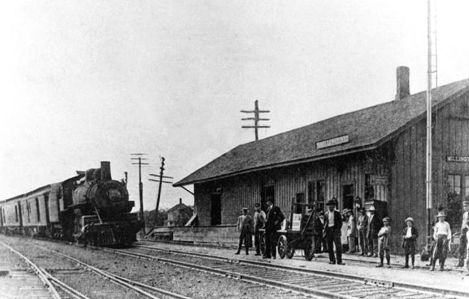 Millington was settled about 1857 and a sawmill was established about 1859. The town is located in southwest Tuscola County and became a village in 1877. [MPN] Millington was a station stop on the Detroit & Bay City railroad (later MC/NYC) and is located about eight miles southeast of Vassar.

1917, The MC had an agent-operator here during the day shift. [TRT]