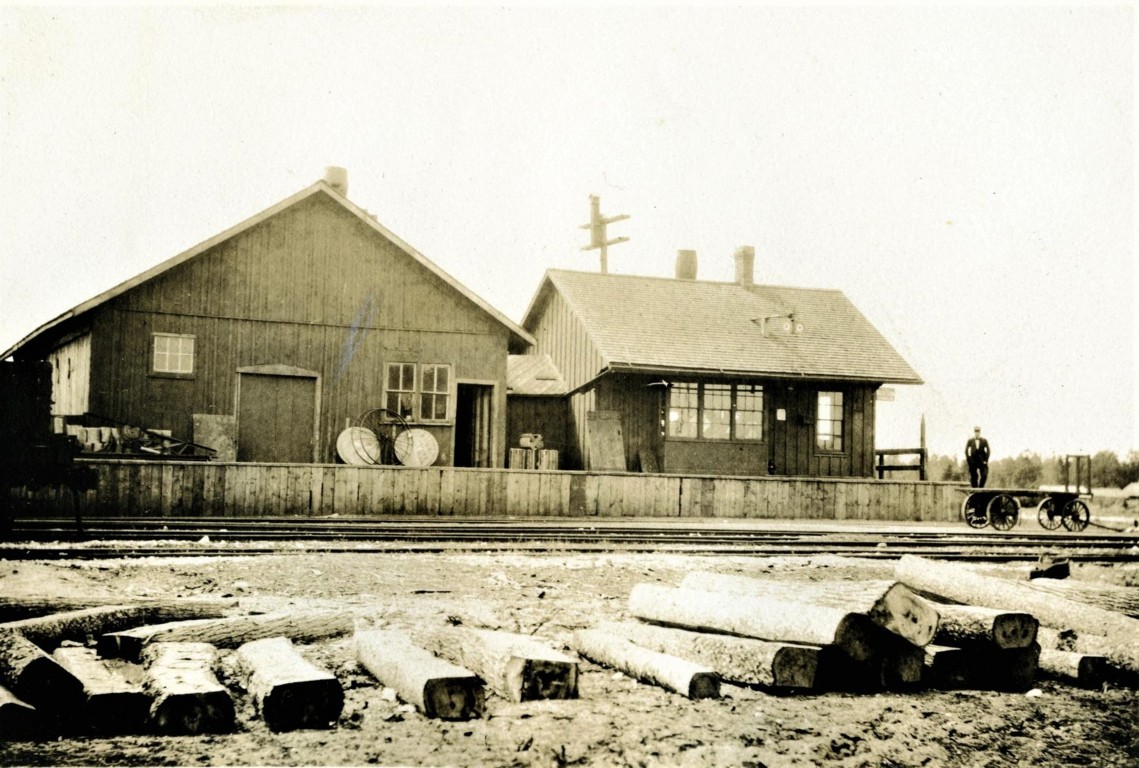 Seney was founded about 1882 with the coming of the Alger, Smith Company which logged the area. [MPN] The town was on the Duluth, South Shore & Atlantic railroad (later WC/CN) about 22 miles west of Newberry. Seney had an early reputation as a pretty rough town.

Seney was also an at-grade crossing of the north-south Manistique railway and the DSS&A.

1918: The DSS&A had an agent/operator and an assistant during the day at this location. [TRT]